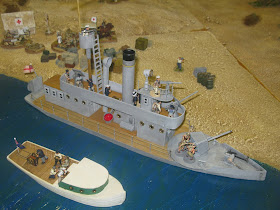 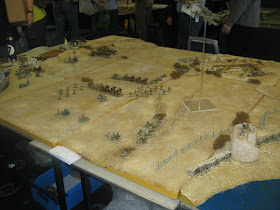 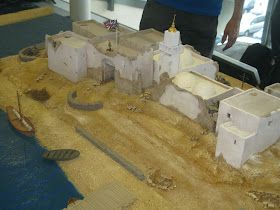 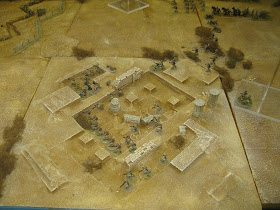 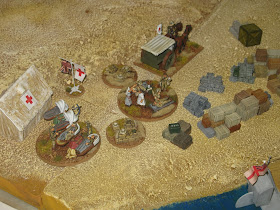 I had a very enjoyable time at Colours today, especially as only one of the sprogs was in tow. There were some very impressive games on show with a particular highlight being the 28mm WW1 Mespot game, which featured some lovely terrain and figures. I also really liked the 28mm Winter War game, which looked splendid, the 20mm Mexican Revolution game and the RCW riverine game, all of which caught my eye as they are things I'm interested in to start with. These were all very well presented and active, with lots of players getting really stuck in rather than just standing about. In fact the vast majority of games were actually being played which is a really good thing to see. 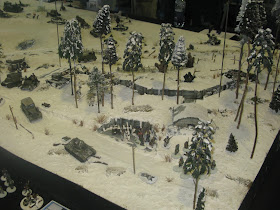 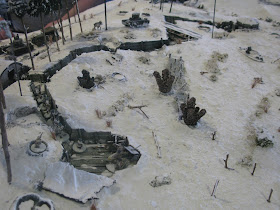 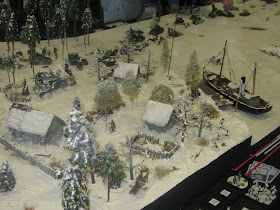 The 2mm ECW Siege of Portsmouth game has to have a special mention, as it was devised by Mark Backhouse and included some brilliant 2mm flocks of sheep that he had sculpted himself, along with some excellent terrain and figures. I enjoyed having a chat with him about his future plans for this terrain set up, which sound really interesting and will be one to watch I think. I also forgot to take any photos! I liked the 54mm skirmish game set in post-colonial Africa, although I forgot to ask exactly where, assuming it was Kenya or Mozambique and there was a very attractive Pacific island hopping game tucked away in a corner too...nice waves. 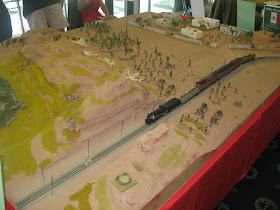 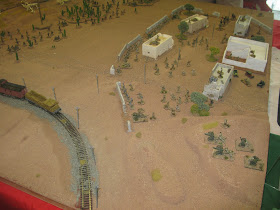 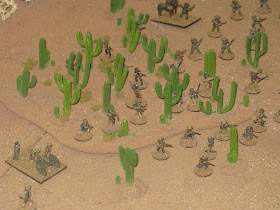 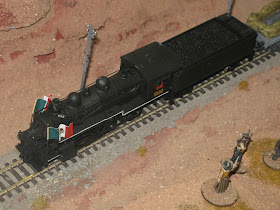 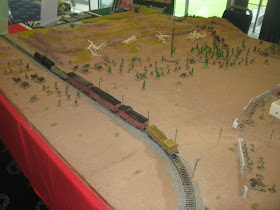 I failed to find anything that I set out to get today, which is unusual as I'm usually pretty well focussed and tend to avoid impulse buys. Although some Tumbling Dice pre-dreadnoughts were on my shopping list, I decided to hold off getting some as I'm still unsure about the best scale to use, preferring something a bit less tiddly. Instead, I picked up some great plastic cacti from Shellhole Scenics for the Old West and Mexican Revolution, together with some blue and green three stage paint sets from Foundry. I also bought some new X Wing models for the boys including a B Wing, which I haven't got, and an Imperial Aces duo of a TIE Bomber and TIE Defender. 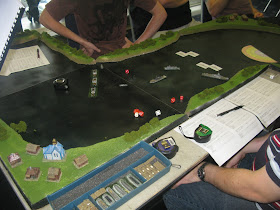 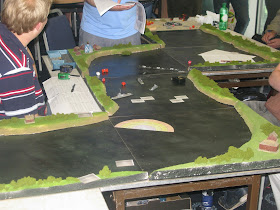 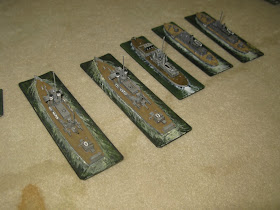 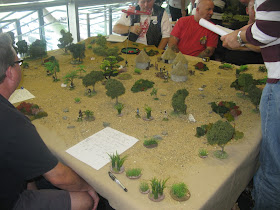 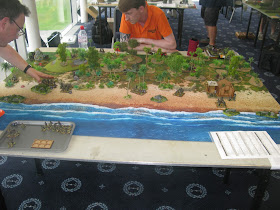 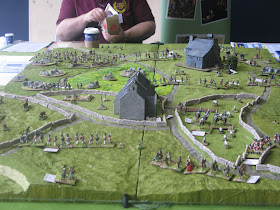 The biggest divergence from the plan was, however, a copy of the Congo rules by Studio Tomahawk, which I had originally decided to pass by as yet another diversion. The one thing that finally persuaded me was that I have all of the figures and terrain ingredients that I need for colonial darkest Africa games, having stockpiled loads of lead for In the Heart of Africa over many years. I even have an entire African tribal village worth of figures based and ready to paint. This means that the £30 outlay, while not exactly cheap, is all that I will need to splash out to make this project viable. That's my excuse anyway and I'm sticking to it!
Jim Jackaman at 11:37