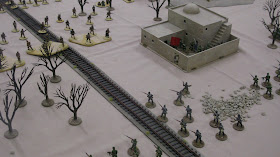 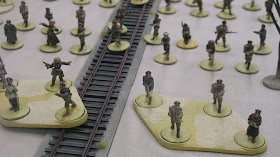 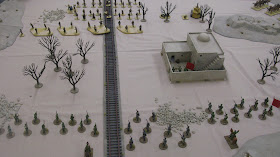 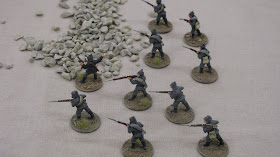 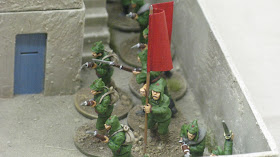 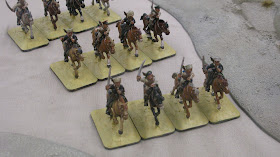 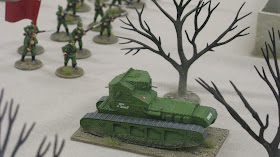 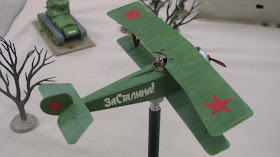 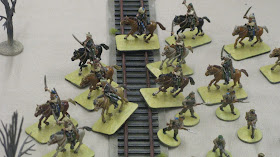 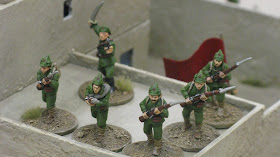 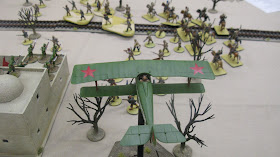 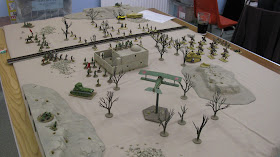 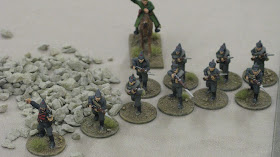 I had an enjoyable game of Contemptible Little Armies in the Back of Beyond this evening, which was designed as a test bed for the third edition of the rules but which swiftly reverted to the tried and tested second edition. The third edition just didn't make much sense and threw up too many inconsistences, so we kept things straightforward by using the older version. I think we'll now stick with this established edition for the Back of Beyond campaign.

An initial artillery bombardment by the Reds did no damage but then one of the White Officer units decided to launch a frontal assault on the Bolshevik positions, leading to the entire unit being wiped out by concentrated Lewis gun and rifle fire. This swung the game in the Bolsheviks favour although the White cavalry were still a potential threat at the end of the evening. I had, however, inflicted far more casualties on the enemy so was able to claim a Red Victory!

If the White cavalry had managed to charge down and outflank my infantry then it could well have ended in at least a draw. It was interesting to use the Bolsheviks for a change and to get my head around the rules again, as I haven't played a game for ages. The White commander was also very sporting opponent, putting up with my constant flicking through the rules and with having his infantry shot to bits! I hope it didn't put him off?

(P.S. Apologies for the murky photos...wrong setting on the camera!)
Jim Jackaman at 15:51