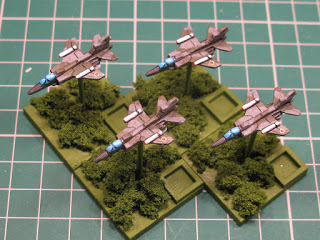 I really enjoyed the TLO! Alto Cenepa War scenario I played yesterday, so have been thinking up some new ones, both historical and fictional so that I can roll out the green carpet again for another game. There are a couple of historical options but neither offer very much in the way of challenge.

The second was an equally brief interception of two FAP A37B's by two FAE Kfir 2's on the same day in February 1995 that the first scenario occurred. No prizes for how that one worked out! 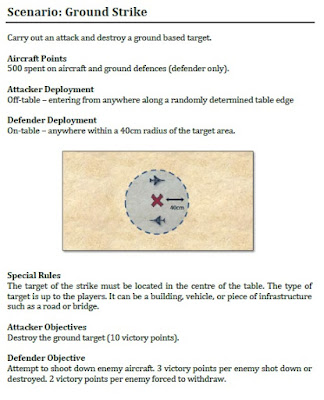 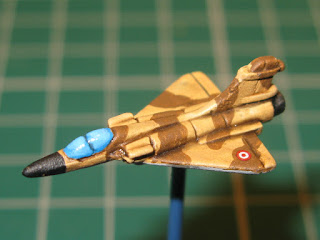 So, I've decided to go for a 'What If?' scenario based on the Ground Strike mission in the rules but featuring two FAE Jaguar International ground attack aircraft intercepted by two FAP Mirage 2000's, which should be a far more exciting combination, given the low level performance of the Jaguars against the more advanced armament and avionics of the Mirage. In reality, the Jaguars were not deployed during the war, being held back for other potential missions, but there's no reason why I couldn't include them in a fictional scenario.

I'm hoping that I'll have time to play it through tomorrow.
Posted by Jim Jackaman at 11:14