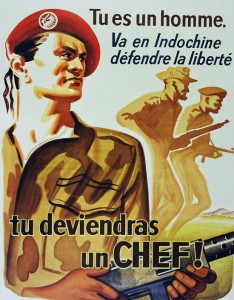 I have done some more number crunching and a bit of background research to come up with an organisation for a CEFEO Far East Pattern Infantry Company, which I can use as a basis for both 10mm company and 15mm platoon to squad level wargaming. This is the 10mm multiple based organisation for use with Five Core Company Commander:

(Squads either Fire or Shock)

Each Fire Squad would have an integral FM 24/29 LMG while the Shock Squad would have grenades and some MAT 49 SMG's. The 57mm RCL in the Support Platoon was attached from the Battalion HQ Company.

This would break down for 15mm skirmish games into a couple of Rifle Platoons of individually based figures with one or two squads from the Support Platoon available for specific scenarios, as required. This would give a total of around thirty individual figures, so more than enough for a one man per figure skirmish level operation. I'm not planning anything more than patrol type scenarios for 15mm, so even a single Rifle Platoon would do in many cases.

Any transport vehicles, armour or specialist units would be added on top of the basic line up, with trucks or half tracks for the infantry platoon at a squad per vehicle. These could be swapped for LVT's or LCVP landing craft if I wanted to run a Dinassaut riverine scenario, for example. I would only need a handful of any vehicles for 15mm games anyway, with more for the 10mm option especially for convoy and patrol scenarios.

I think this is eminently do-able!