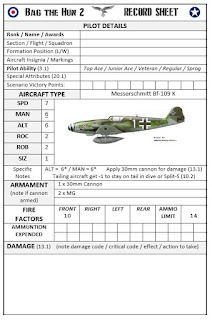 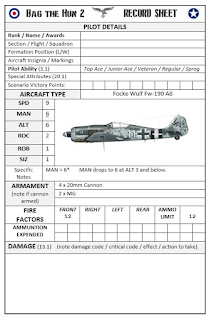 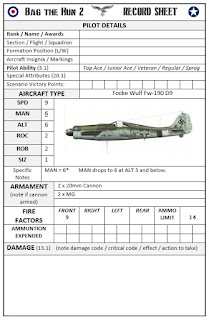 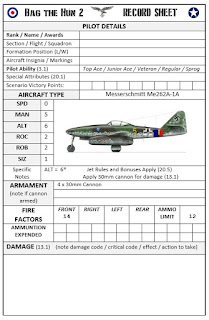 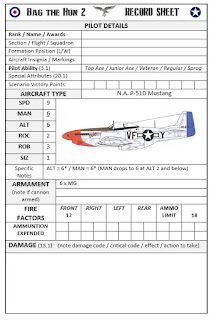 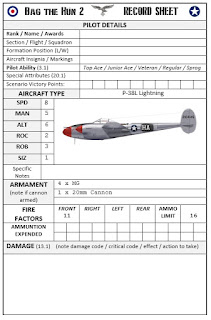 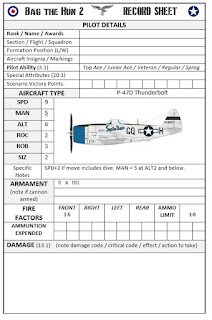 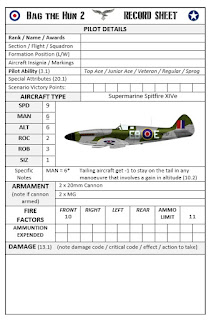 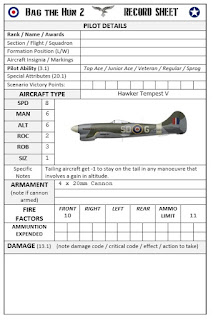 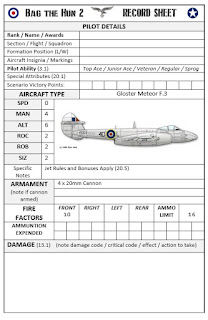 I've spent the afternoon banging away at the laptop, filling, cutting, pasting and cropping to produce a set of pre-populated Bag the Hun aircraft record sheets for the Bogeys Over Berlin scenario play test. This has been quite a drag but I'm pleased with the overall results, even if I'll have to wait and see if they work out under fire, so to speak. I don't think I've missed anything out but you never know? I'll use these JPEG images to make double record sheets for sections or pairs later.

I did have one problem which was that the aircraft stats column wouldn't let me enter double figures for some reason, despite my efforts to work it out, which meant that any jets now have a speed of zero instead of ten! I'll fix that later on with a bit of old fashioned manual cut and paste. I also forgot to do a sheet for the Soviet VVS Lavochkin LA-7 so will have to go back and get that one sorted after a well deserved cup of tea. 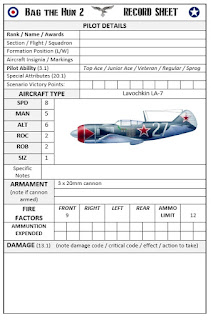