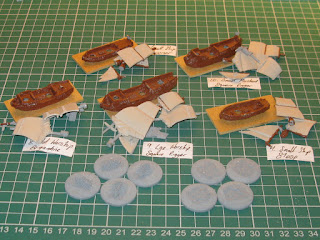 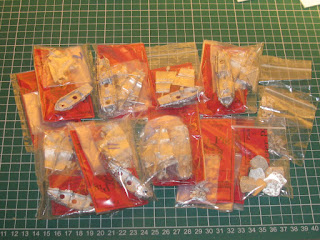 A while back fellow club member and gamer, Colin, was very generous and donated to me his unfinished collection of Peter Pig 1/450th scale pirate ships from the Pieces of Eight range. I had already assembled, based and started to paint my own fleet of ships, having run some games of Galleys and Galleons at the club with the unpainted models, so he knew I was up to no good. I didn't get beyond some basic blocking in on a handful of my ships but there's no reason now why I can't have another go. 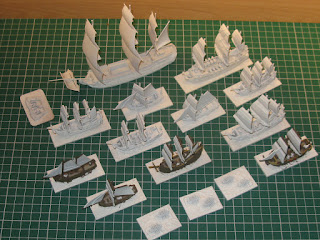 I am very grateful to Colin for the gift, as it has encouraged me to pick up where I left off with the pirate ship project, which I originally started back in 2015 but which subsequently ran out of puff. I've now got more than enough ships for a variety of fleets, Pirates, English, Dutch, French and even Chinese (!), so plan to re-ignite the project at some point later in the year. As soon as I have enough ships painted up I'll give Colin a shout and we can get in some games.