Snipers in the Back of Beyond 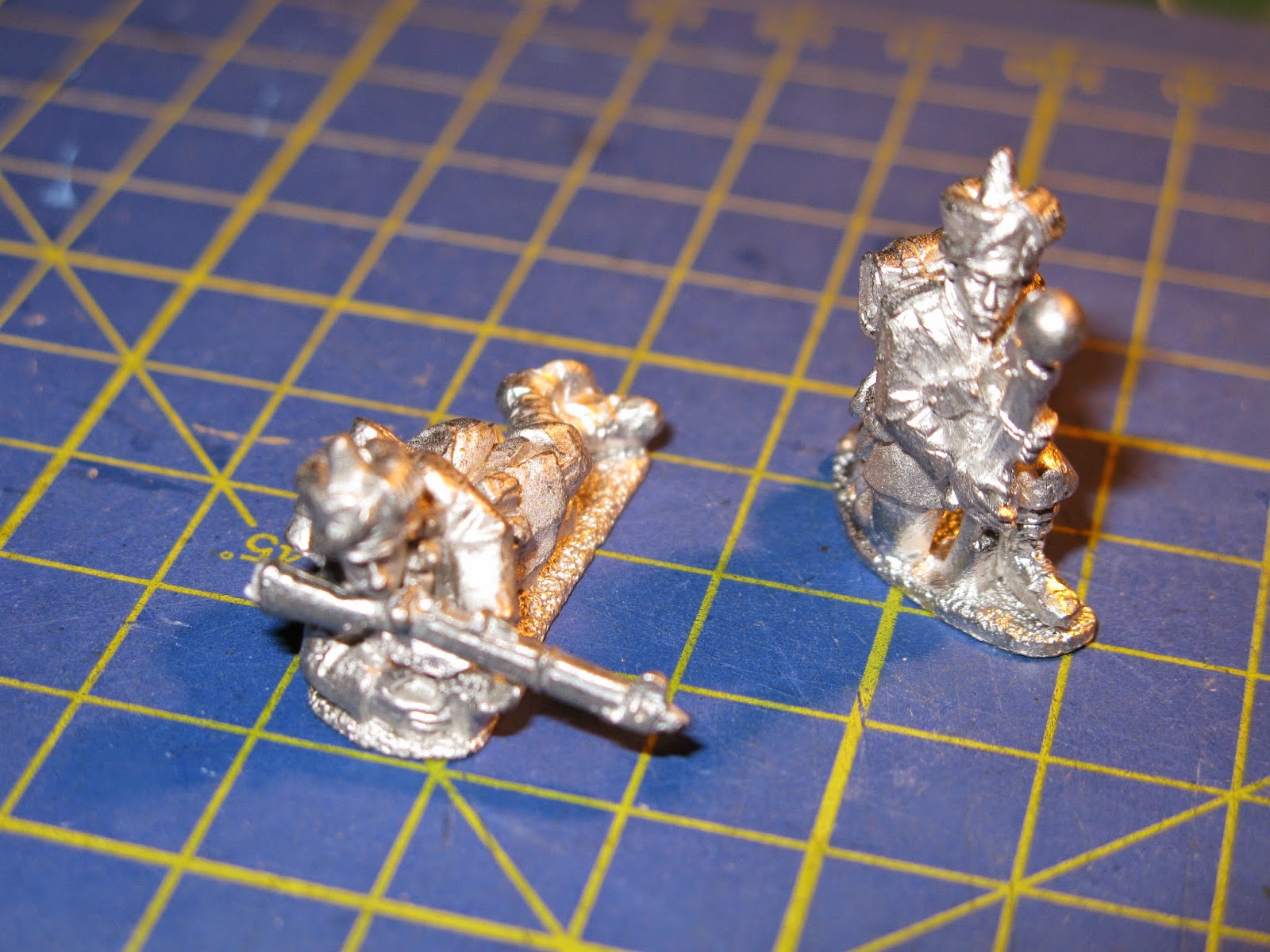 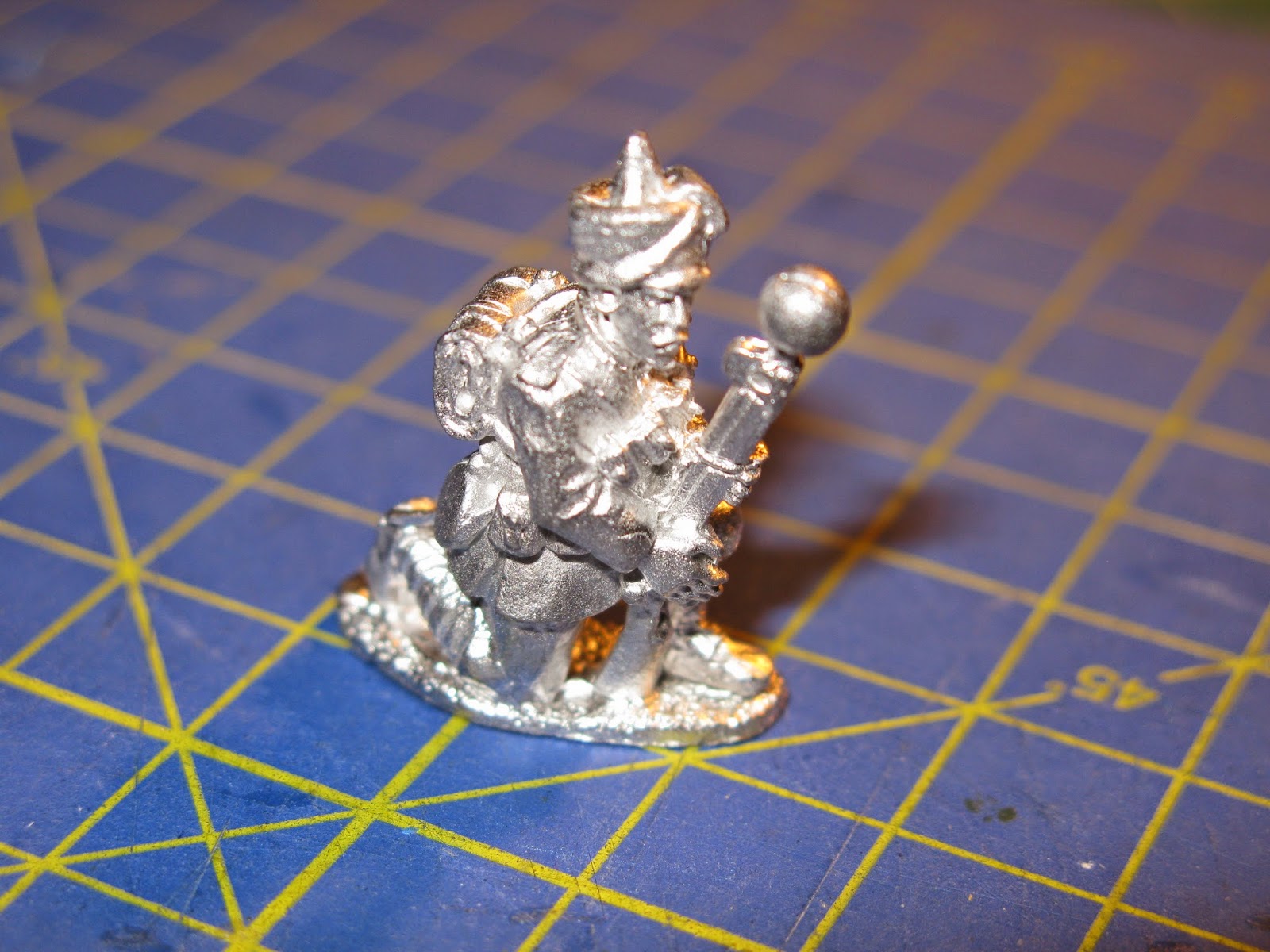 I like having a marksman or two in my Back of Beyond forces. They have the ability to out range normal infantry, are difficult to knock out if they use cover and can pick off the enemy one figure at a time to shake their morale.
I have a sniper in both my Bolshevik Third Workers and Peasants Shock Brigade and my Texan oil expedition 'dinosaur hunter' force, and they've been well worth it. As a result, I've been looking for a suitable figure to use for my British Indian Army from the Copplestone range, with little success.
I intially thought of converting a  spare infantry figure but they don't really look the part. However, a suitable kneeling Muslim infantry figure is included in the Indian HMG pack. I can even base him up in a sangar for added effect. I also have a cunning plan to convert a loader into a prone sniper using the Lee Enfield that you get as an extra in the pack.
This means that I'll have a couple of surplus HMG's with Sikh and Muslim crews but I could add one of these to the British Indian force with a little juggling of the units, perhaps by incorporating a fourth infantry section from the spare figures I already have. This would add to the workload but would be worth it in firepower alone.

The crews could be re-purposed as drivers for my trucks and the Vickers used as the basis of an AA gun or vehicle mounted support weapon for my Texan oil expedition, so nothing will go to waste. It's all over the immediate horizon for the moment but it will happen at some point over the Summer.
Posted by Jim Jackaman at 03:19