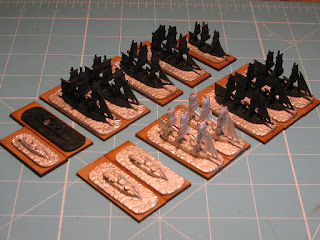 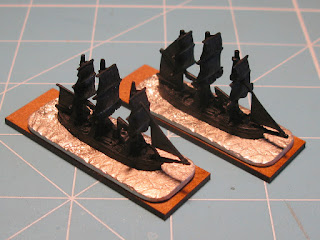 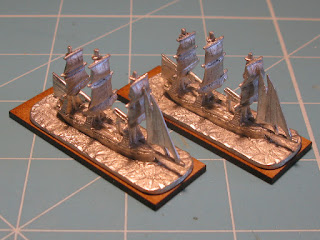 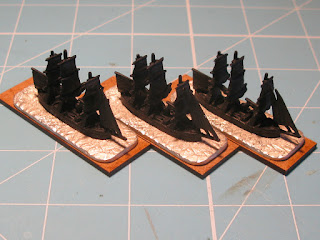 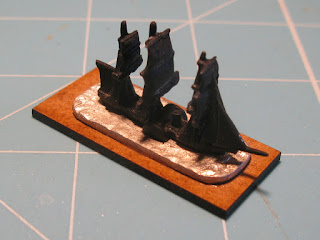 I re-based some of my Tumbling Dice British ironclads the other day, so decided to do the same with the French ships that I had assembled years ago, as they've been sitting in a box gathering dust since then. I also added a handful of new models to the squadron including some ironclad rams (thanks for the model Colin). I chose an arbitrary cut-off point of 1870 for the French fleet, which means that I could also do the post Franco-Prussian War reconstructed fleet of the 1880's at a later date. I may well add one or two more ships by the end of the weekend but I'm now off to the garage to base up the matching Royal Navy squadron, so that I can take all of them off to France to paint up over the holidays.
Posted by Jim Jackaman at 01:30