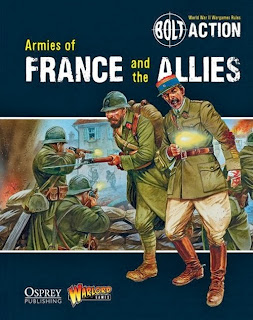 I finally gave into temptation and ordered a copy of the Bolt Action supplement for France and the Allies with particular relevance, as far as I'm concerned, for both the Norwegian Campaign and the SAS in Brittany. These are two possible areas in which my Bolt Action project may well diverge, especially as the Norwegians may well appear sooner rather than later, as a Warlord Games offering...just a guess on my part but, why feature them in a supplement, if they don't actually appear 'in the lead'?
Posted by Jim Jackaman at 13:24