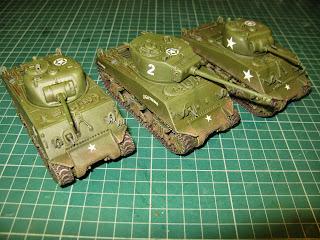 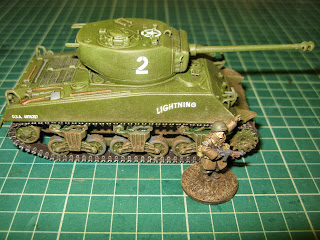 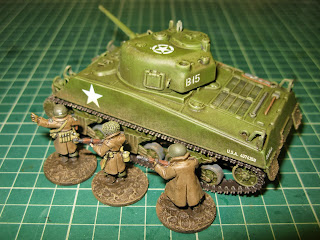 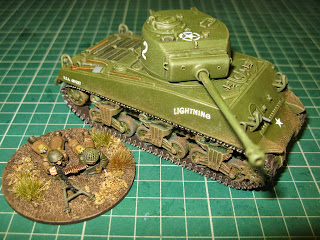 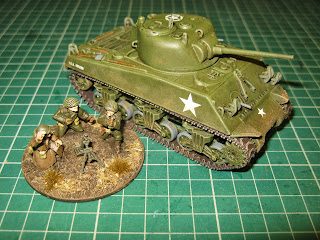 I finished off the two remaining M4A3's this afternoon, so now have a platoon of three tanks. This should really be a five tank unit but you can only have one tank as a support unit in Bolt Action anyway, so three is more than enough. It will give me some options in Chain of Command though, so I think it's not too extravagant. I now need to finish off the 57mm AT gun and crew this week, together with some extra command figures, leaving the M3 half tracks to another, much later opportunity.
Posted by Jim Jackaman at 11:05