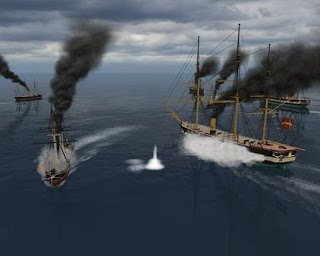 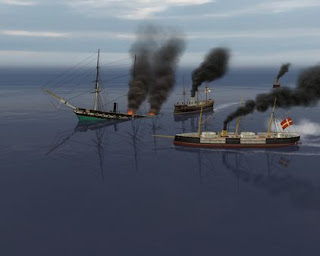 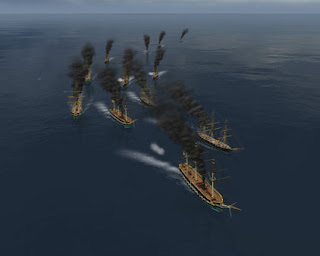 I discovered this really terrible real time naval computer game the other day, which features the nautical side of the Second Schleswig War. I say terrible, although I've never played it and have no intention to do so, based on the large number of scathing reviews it received. It does look nice, however, although the Baltic does look a bit too much like the proverbial millpond. I've been busy unpacking today but did find time to dig out the 1/2400th scale Danish and Prussian warships that I have assembled and based for the 1864 war. I have a handful of models to add to these but have enough prepared to equip both sides for the Battle of Rugen, which I hope to wargame at some point in the not too distant future using both Broadside and Ram and Iron and Fire.
Posted by Jim Jackaman at 10:54