Books, Books and Yet More Books 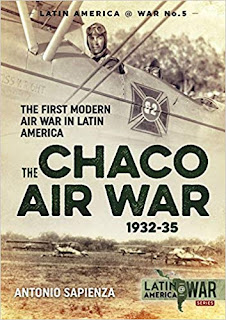 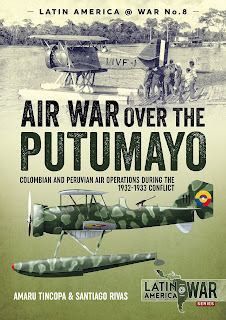 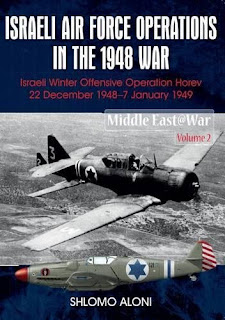 I had a £20 Amazon voucher that one of the kids got for their birthday but wanted to swap for cash, the little mercenaries that they are, so decided today to see what there was to spend it on. I was really impressed with the Helion Publishing book on The 100 Hour War that I bought recently, so thought I'd see what else there was from the same source on Amazon. I was looking for titles in the Latin Air War series, as I'd really like to develop my projects in this direction, but anything else of interest was up for grabs.

I was very pleased to find two more books on South American air warfare, one on The Chaco War and one on the far less known Putumayo conflict between Colombia and Peru, both in the early 1930's. I have no idea if these would make good air wargaming projects but the cover art is brilliant and, if they are as good as the other books in the Latin Air War series, I will be happy. To complete the order I added a book on Israeli Air Force operations in the 1948 war of independence, as another source of ideas for Desert Spitfires and Bag the Hun.
Posted by Jim Jackaman at 04:46