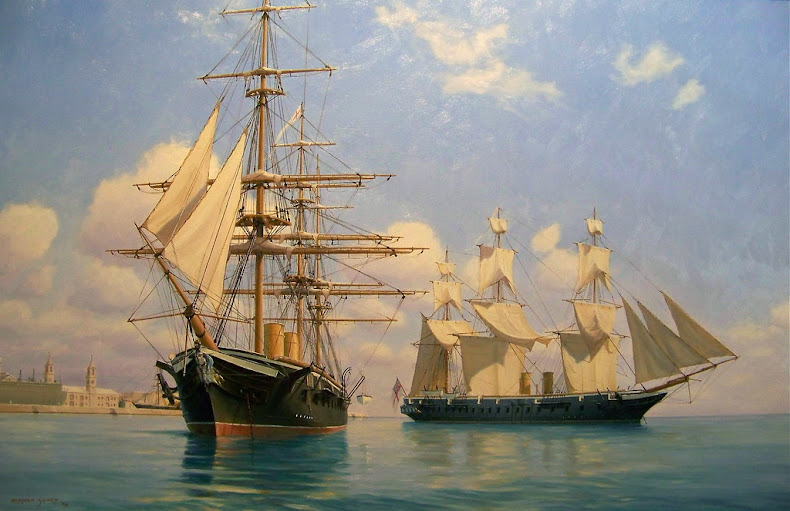 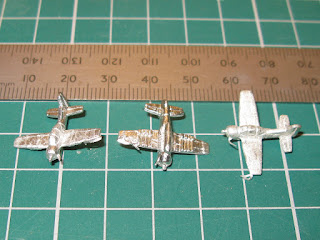 The Tumbling Dice reinforcements arrived yesterday including a couple of packs of F4U-4 Corsairs to split between the FAH and FAS, together with a pack of four T-28 Trojans for the Hondurans. There are no pictures of the Tumbling Dice Trojans out there on the web, so I was a bit annoyed to find that they are sculpted with enormous centreline tanks, which I will have to cut off and file down to make them useable.

This isn't a major problem, however, as I only need three or four of them for the FAH. They had six but I think four will be enough if I mix them in with the SNJ-4's and T-6G Texans, which is how they were used in the war. Most of the FAH T28A's were unarmed, as were the three T-6 Texans, both being used only for ground attack as light bombers. However, the two SNJ-4's and two of the six T28A's were fitted with machine gun pods for strafing. Much to the pilot's surprise, one of the T-28A's nearly shot down an FAS FG-1D using these underwing guns! 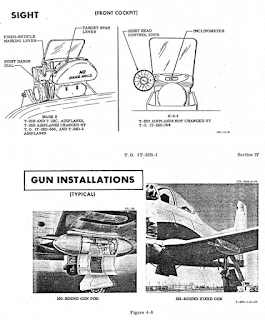 In the game, I will allow up to two of the T-28A's and up to two of the SNJ-4's to be machine gun armed with forward firing gun pods. The remaining trainer aircraft will only be allowed to carry bombs for ground attack. Of course, this means they will be of no use for aerial dogfighting and, as in the actual war, will have to be escorted on their ground attack missions. The gun pod equipped aircraft will also not be able to carry a bomb load, as the underwing hardpoints were used for the machine guns.

I'll get cracking on the magnet basing and undercoating of the rest of the planes at the weekend.
Posted by Jim Jackaman at 13:02 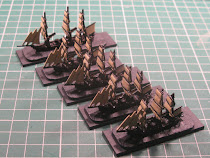