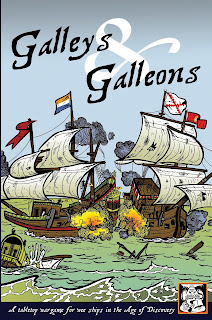 As previously mentioned, I've been thinking about reviving my Galleys and Galleons project from a few years ago, as part of my naval wargaming focus this year. I did some playtesting when the rules were being developed and although they have a few quirks they do give a very enjoyable and fast game. The scenarios I ran at the local club certainly went down well and I enjoyed the solo games that I played to learn the rules too. 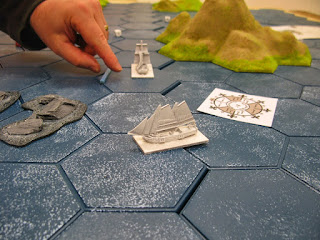 I used the Peter Pig 1/450th Pieces of Eight ships for my games and plan to do the same again, only this time having painted and rigged them first. I have plenty of these assembled but didn't get round to painting them, despite making a tentative start. Now I have more experience with the much smaller Tumbling Dice models, I'm pretty sure I could do them justice. However I've also been considering the option of scaling down to 1/2400th scale for a 'portable' version of the game.

This would involve the Tumbling Dice Anglo Dutch Wars range of ships, with some extra bits sourced from the Napoleonic range. The idea would be to use the smaller models such as the privateer sloops and brigs (ASN 21 and 22) alongside the fifth rate frigate (ASD24) from the Anglo Dutch War as privateers. The merchant ships and smaller craft like cromsters (ASD 28, 30, 33 and 34) would be used as targets, with the larger warships as Dutch or English anti-privateer forces (ASD 22, 23, 24 and 25). 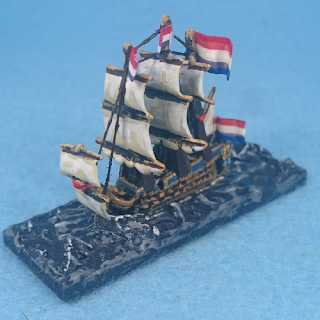 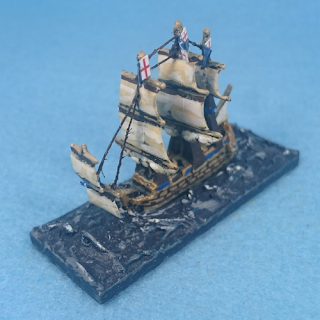 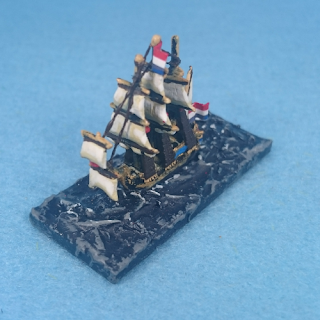 The idea would be to paint up about half a dozen models for each 'faction' then use them for scenario bases games on a 3' x 3' sea scape, with potential for some terrain modelling of islands, shoals, a harbour and defences, based very closely on the Isles of Scilly. The whole shebang could then be packed in a Really Useful storage box for ease of transport and storage. The models themselves are tiny and therefore very inexpensive, with a basic privateer fleet of six ships (ASD 25, AND 21 and 22) costing only £7.20 plus postage. The merchants and warships are equally affordable. 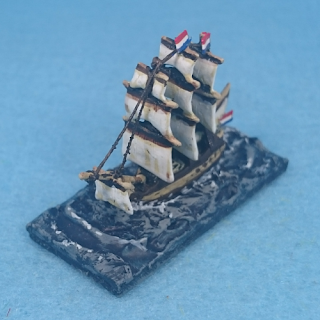 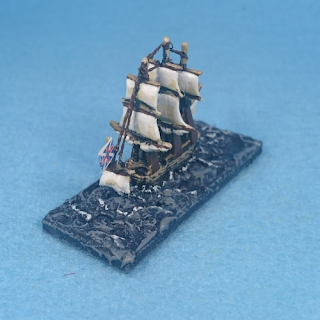 I think this would be really fun little project for later in the year. I've even been thinking of writing my own set of fast play rules, perhaps using hex based movement and gunnery, with everything simplified down to a couple of sides of A4. In the meantime, Galleys and Galleons will be ideal, as the flexible range system makes it easy to scale it down to 1/2400th, using centimetres for measuring and the smallest size of range sticks to keep everything nice and compact.


It will have to wait until the Napoleonic and ironclad projects are finished but I'm looking forward to some piratical privateering in some shape or form before the end of the year!
Posted by Jim Jackaman at 05:33