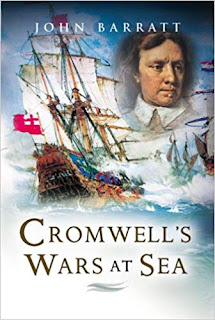 I've been inspired by the excellent 1/2400th scale naval game reports and models on the League of Augsburg Blog to have a closer look at 17th century naval gaming, specifically the Royalist privateering exploits of Sir John Grenville in the late 1640's and early 1650's. The reason for this, aside from the aforementioned blog, is that I spent most of my holidays in the 1970's on the Isles of Scilly, where my uncle was the resident police sergeant.

This meant that we could swap houses for the holidays and so got to know the islands really well over several years of long Summer and Easter breaks, including the defences of Star Castle and the Garrison not to mention Cromwell's Castle. So, with this in mind, I thought I'd have a closer look at the potential for some naval wargaming in the period of the English Civil Wars. Fortunately, I had this book on the Kindle already and I've just finished reading it over the last couple of days. 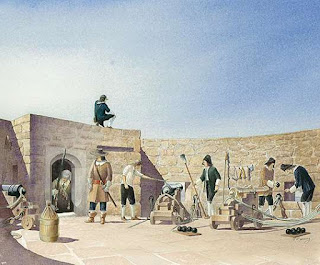 It's a really good read and has a chapter almost entirely focussed on the Parliamentarian assault on the islands in 1651, which didn't involve any naval engagements but could easily have done so, both with the Dutch and the Parliamentarians against the Royalists privateers and garrison. There's also some scope for scenarios set earlier in the period, when the Royalists used the islands as a base for privateering against merchant shipping in the Western Approaches.

It's all fascinating stuff but something for another time, as I have more than enough to do as it is!

https://leagueofaugsburg.blogspot.com/search/label/The%20High%20Seas
Posted by Jim Jackaman at 09:18