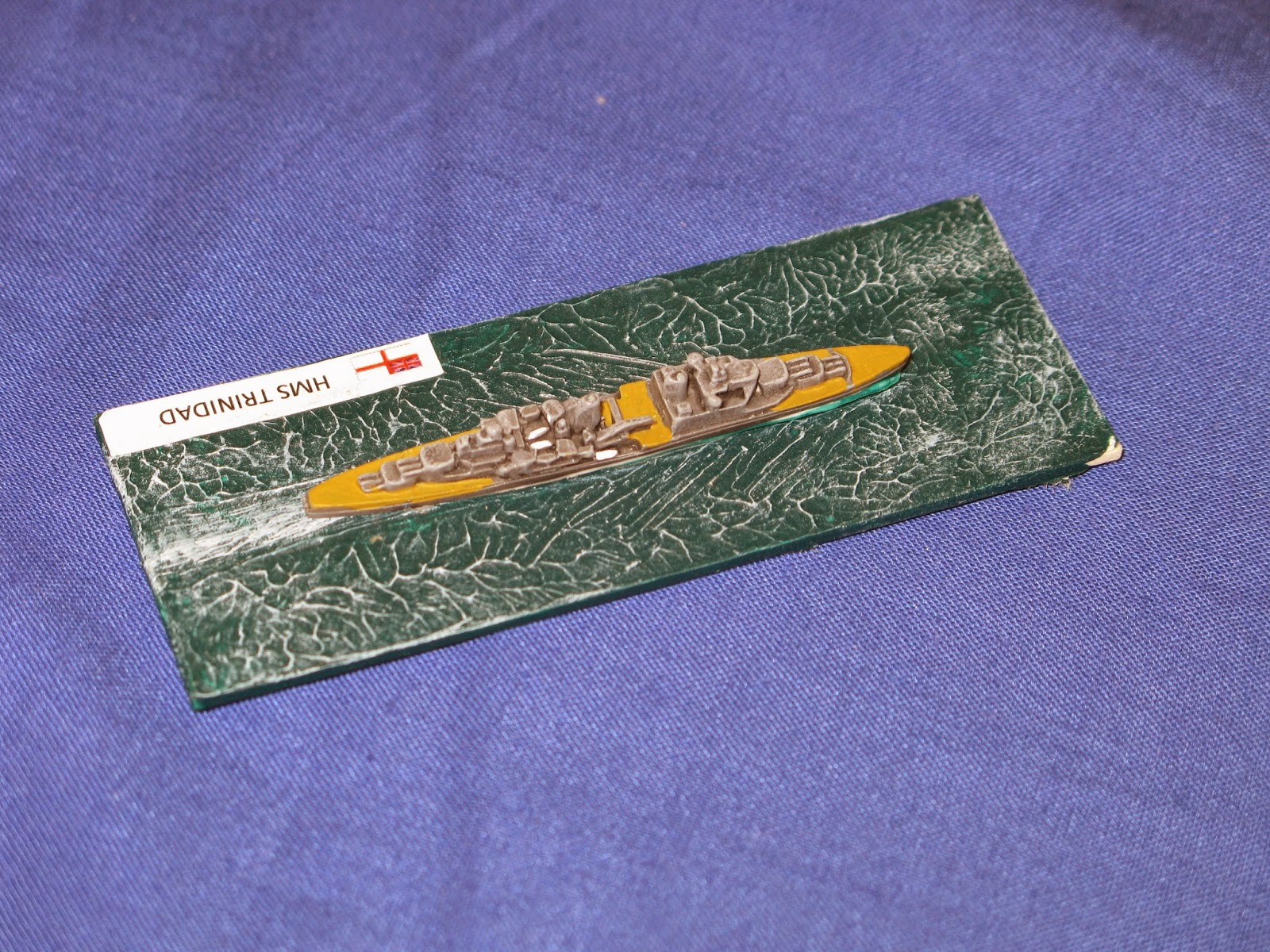 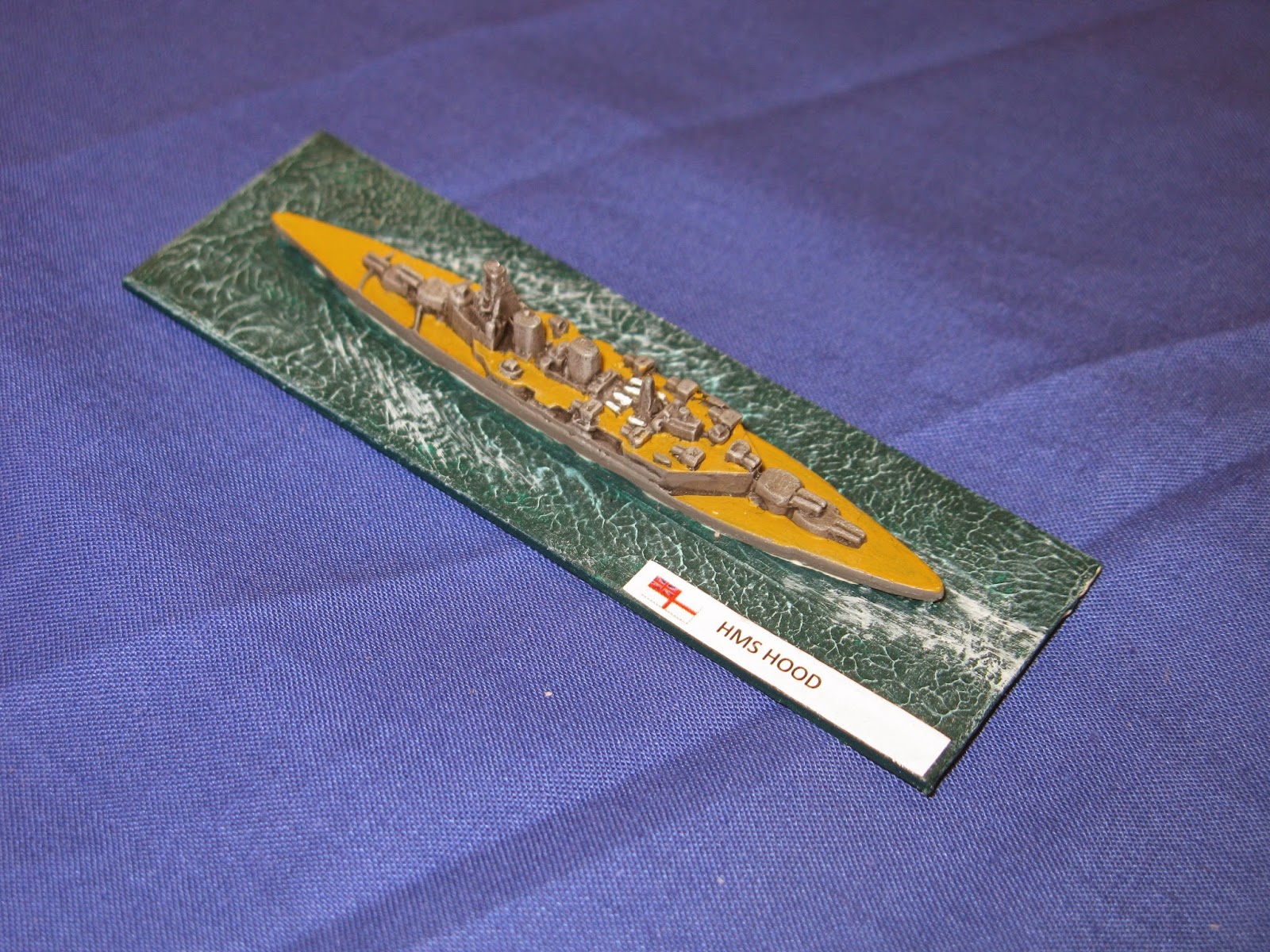 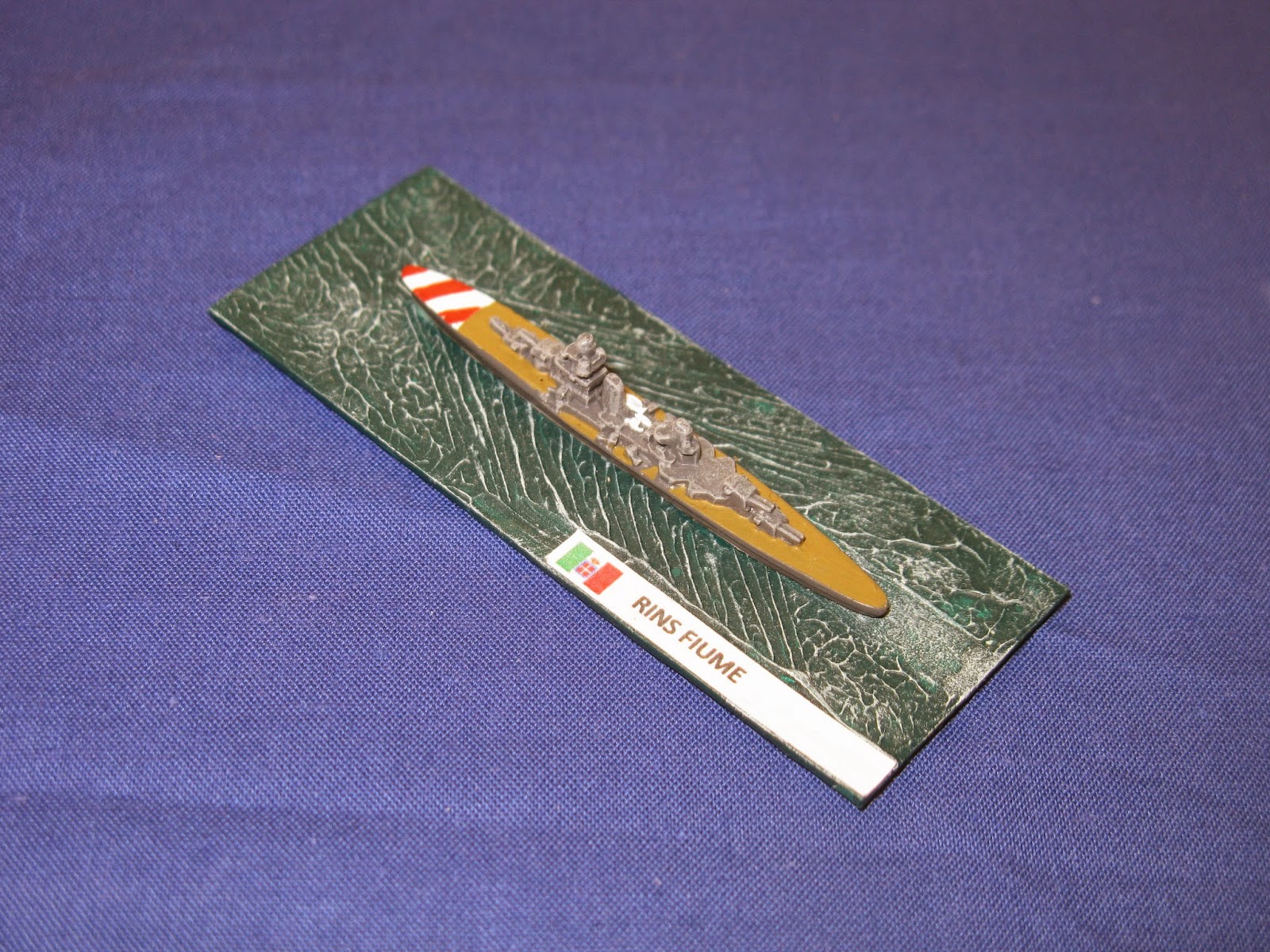 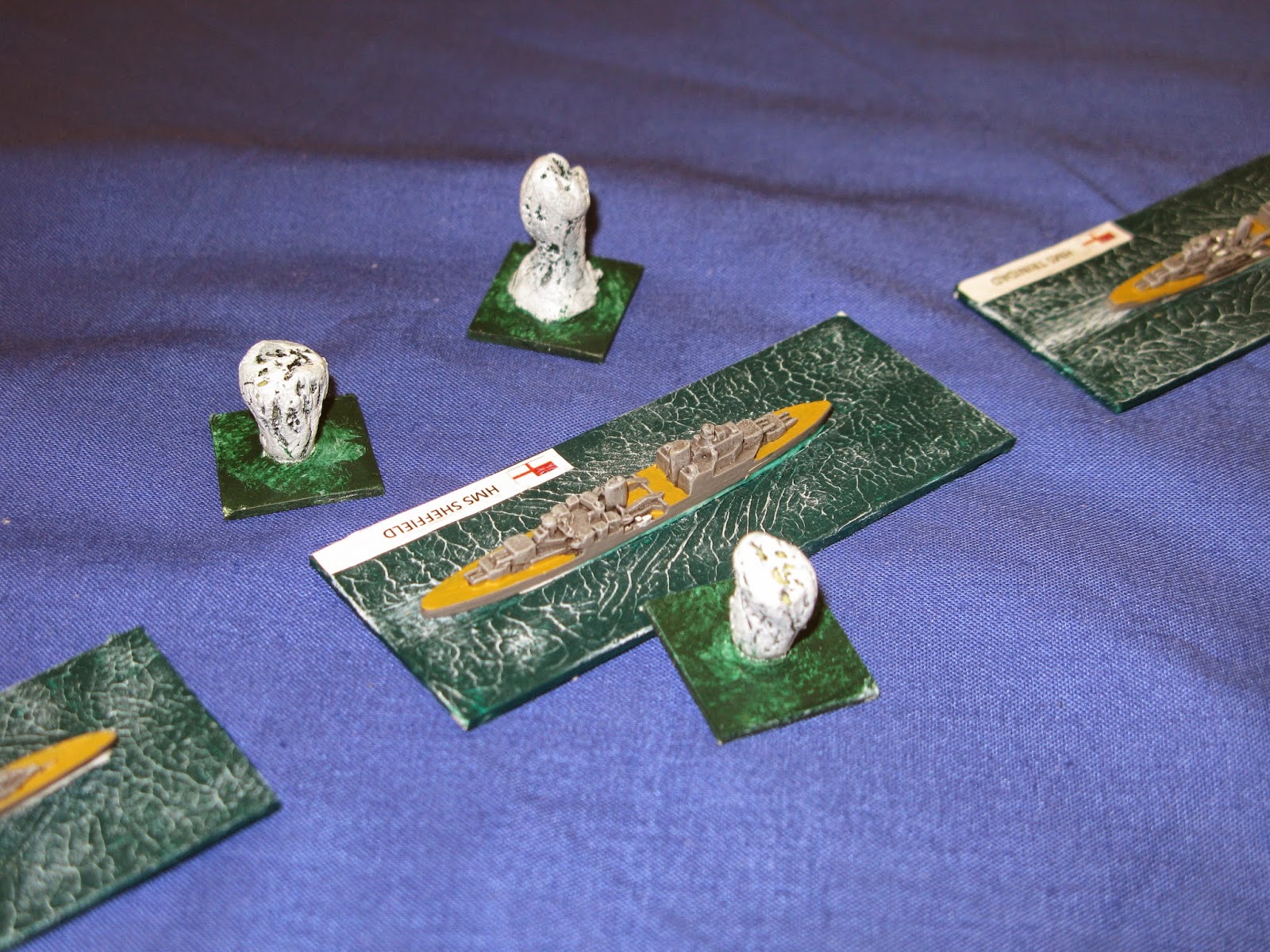 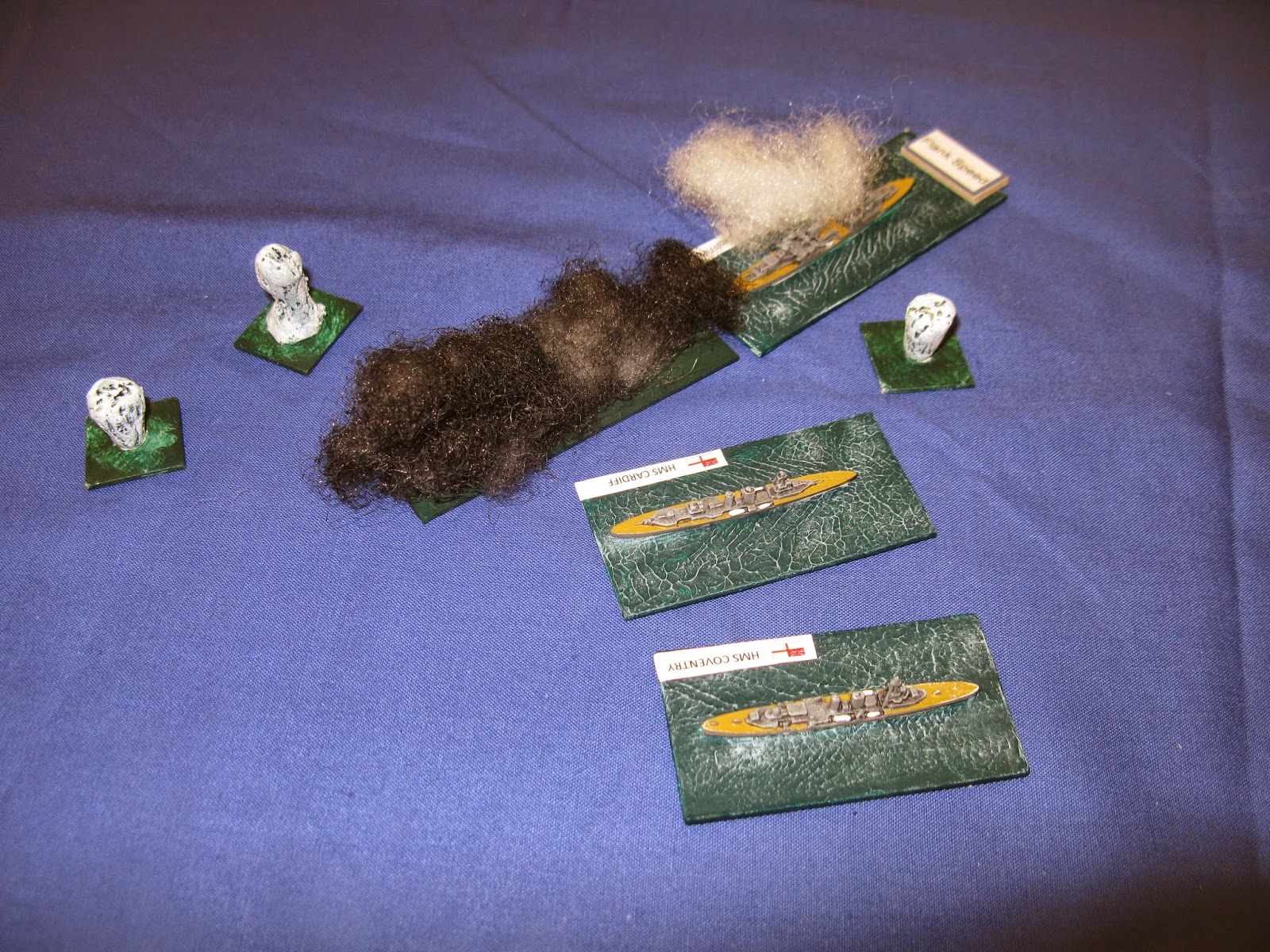 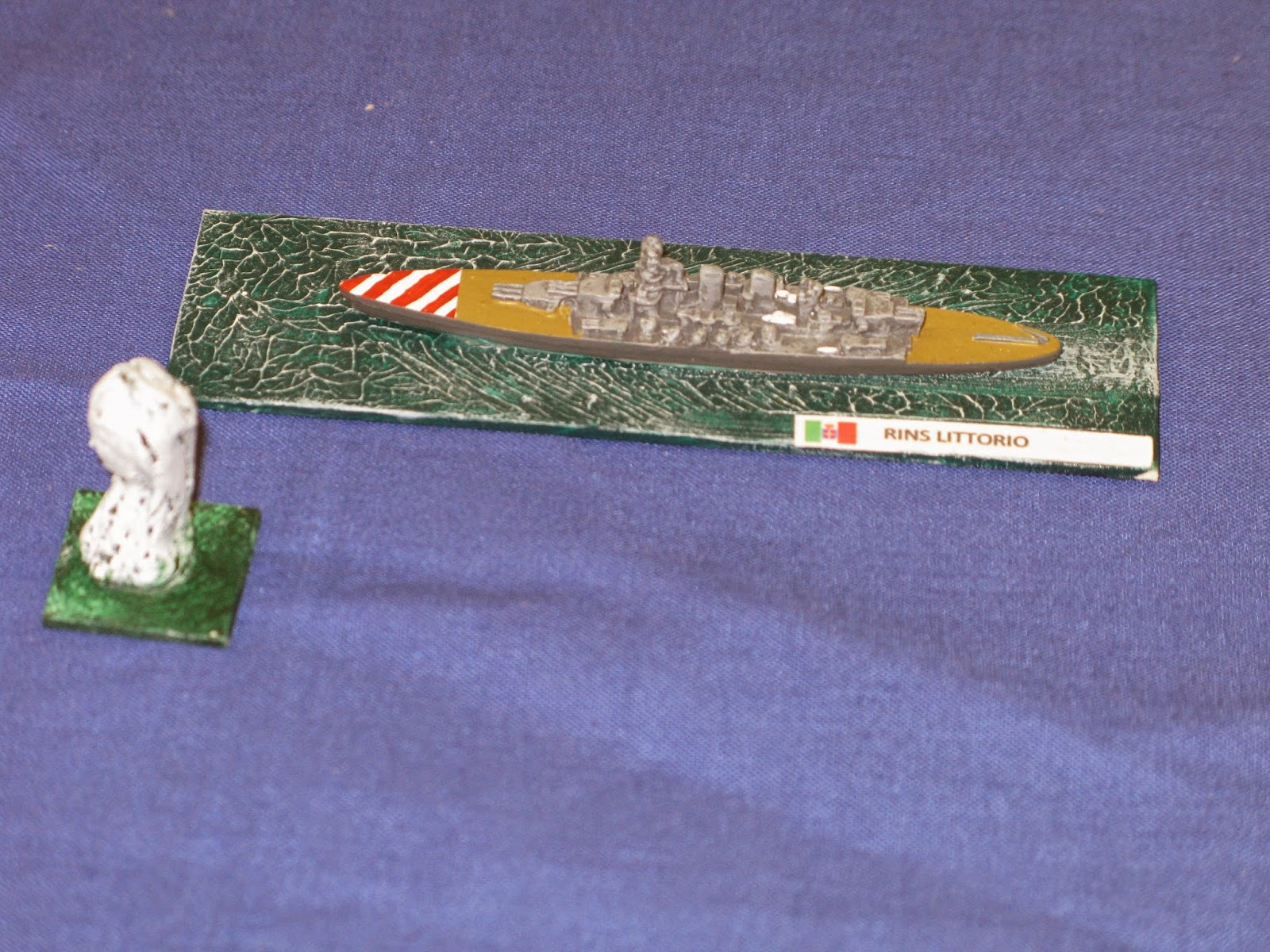 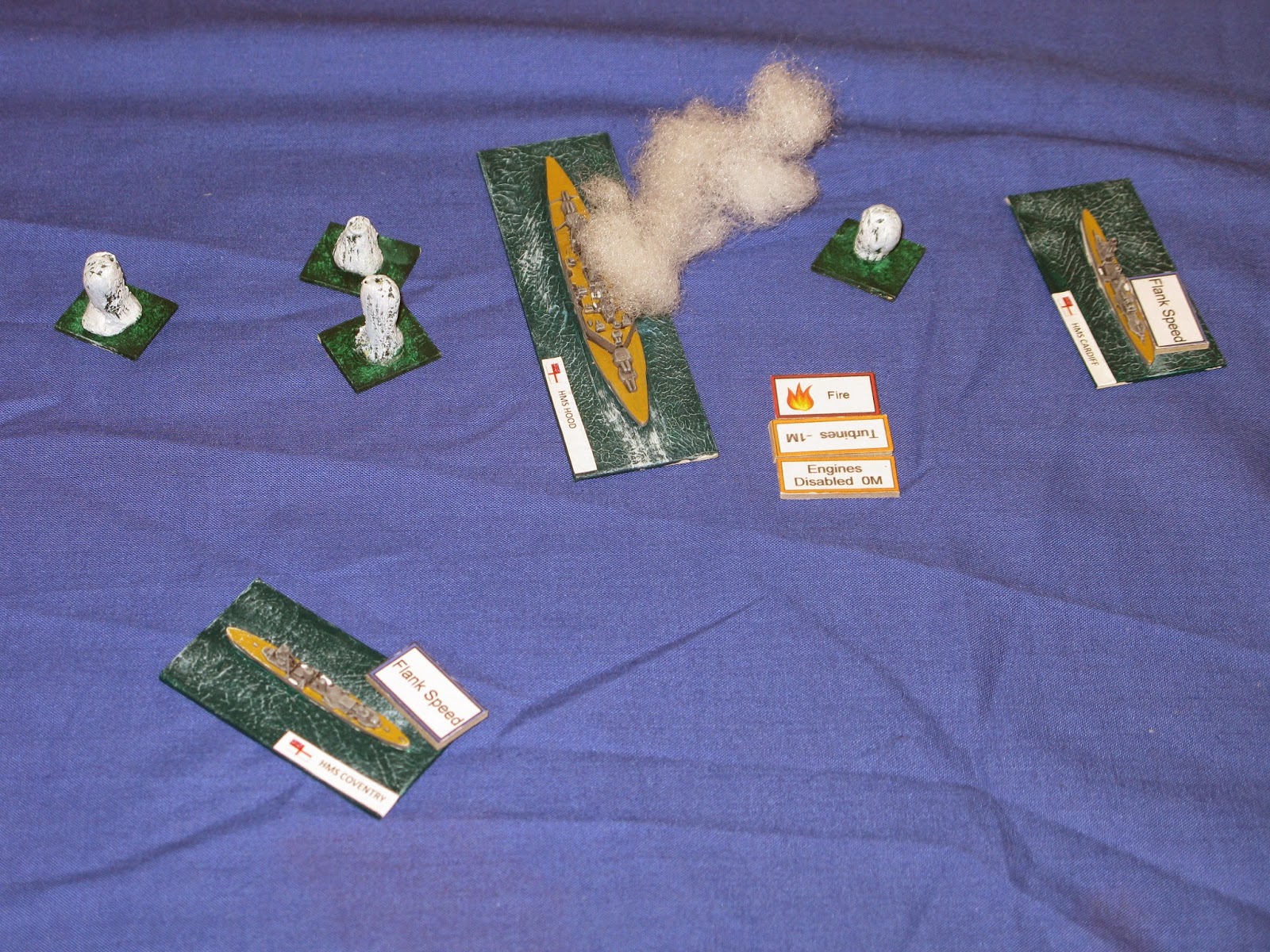 A few aerial reconnaissance photos of the battle between the Regia Marina and the Royal Navy, somewhere to the west of Malta. The ships belong to Gary, who organised and umpired the game, and very nice they are too. I'll have to work hard to match his really effective painting, basing and texturing, although he assures me that it's really easy?
Posted by Jim Jackaman at 02:05