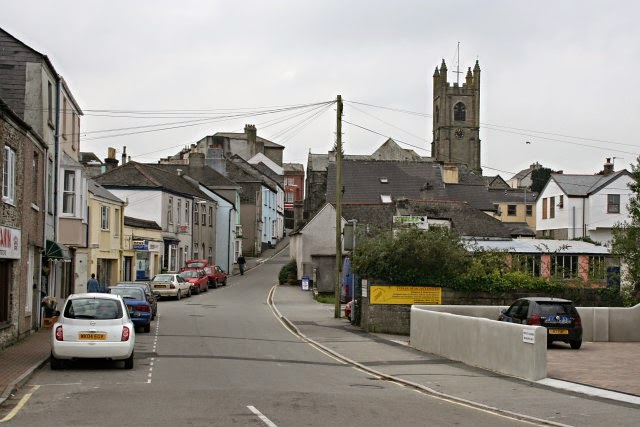 My old home town is pretty obscure and out of the way, apart from the Ginsters pasty factory, which is it's only claim to fame. Ooh arr. However, it does have a games shop believe it or not, located at the bottom of town in a sideroom of the newsagents.

It's called Zaggy Games, being next to Zaggy Lane, which seems as good a reason as any. It's the yellow building on the left hand side of the street in the photo above. There's a decent range of role-playing and board games, some of the ubiquitous 4OK and even some Bolt Action stuff for sale. I bought some more models for X-Wing including a TiE advanced, an A-Wing and a Y-Wing, to round off my collection. I also had a nice chat with the owner who used to work in the RPG industry for WotC, hence the existence of his shop in the middle of nowhere.

If you're passing through, drop in and have a look.
Posted by Jim Jackaman at 02:47