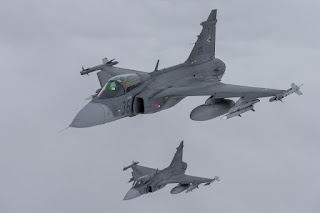 The days are getting shorter and the winter has definitely arrived, so I've been looking to salvage something from the wargaming wreckage of 2016 before the end of the year. I have achieved very little indeed this year so have been re-thinking my whole approach to wargaming projects of late, with a view to getting at least something done next year. I still plan to do some of the projects I set out to tackle this year, including the 15mm Gruntz sci-fi project and Congo for example, but these are going to have to be bumped over into 2017. 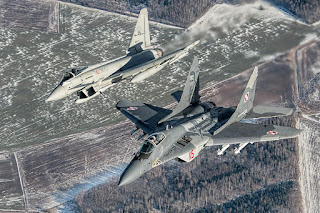 One thing I've started to re-think and plan for is the Flashpoint Baltic idea, which originally involved using the Airwar:C21 rules for a fictitious near future conflict between the NATO Baltic Air Policing mission and Russian forces posturing over the Baltic States. This has been in the news again recently and would be a really neat project based around the 1/600th scale modern planes from Oddzial Ozmy. I love these models, which you have to see to believe when it comes to detail, and already have all that I need for the various NATO contingents, the Scandinavians and the Russians. 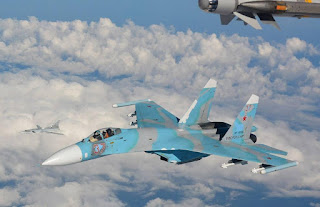 Now, I'm planning to use Rory Crabb's new set of modern air warfare rules Target Locked On!, perhaps also incorporating some naval engagements as well using his modern naval rules Naval Command. I have been reading both sets of rules and they look like they would be ideal for just this sort of fast play, low complexity wargaming. The initial phase would be just the air warfare aspect, so I've dug out my box of 1/600 scale aircraft and have been playing around with basing ideas.

I doubt this will start this side of Xmas but it would be good to give it a go!