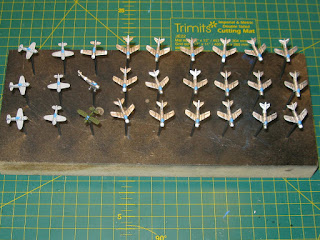 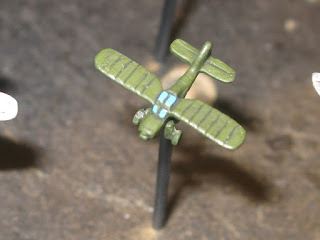 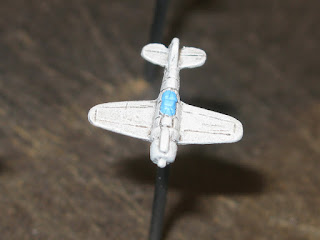 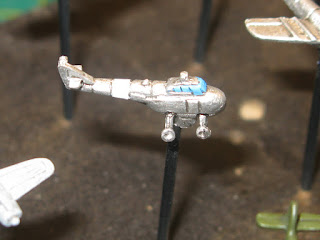 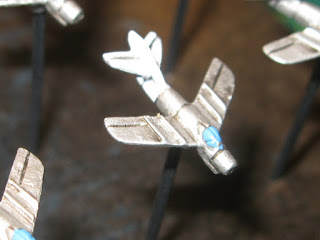 I started on the NKAF MiG 15's today, together with half a dozen La5-FN's, an L5 Sentinel and T5 Texan FAC and an H-19 Chickasaw Rescue chopper. I decided to leave the RAAF Meteors to a later slot, focussing instead on the North Korean fighters so that I can actually set up a game at some point in the not too distant future. I have base coated, washed and dry brushed or highlighted in the usual combination of shades, leaving the final finishing touches including the primary colours for the next stage. I'm quite pleased with the result so far, especially the L5 Sentinel which I thought might end up too dull but has turned out quite nicely, at least thus far?
Posted by Jim Jackaman at 12:19