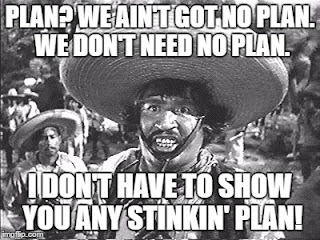 I have no radically new plans up my sleeve for 2018 but will be following up on some of the things I either started or didn't get round to over the last couple of years, due in the main to a nasty outbreak of real life. So, in no particular order but with at least a small degree of logical thinking, here are my plans for the next twelve months:

A break from 1/285th WW2 and a switch to 1/600th scale, with MiG Alley / Bag the MiG for the Korean War and at least one other project, perhaps WW1 or moderns, although I have yet to decide and will just go with the flow. I like the idea of more Wings at War games including the Falklands and I really want to give Target Locked On! a proper run through, which means some more Cold War aircraft will need to be scrambled at some point.

A definite priority is to actually paint the 1/2400th scale steam and sail ships for the 1864 Second Schleswig War, although I've been saying that for at least two years already. After that I would like to do at least one more naval project, perhaps the 1/2400th scale pre-dreadnoughts or even some Napoleonics, just for  a change but in the same scale. I really should finish off the 1/600th scale coastal convoy and some more escorts as well, so that I can run some games at the club rather than just doing air warfare things.

I am now shelving any pretence at trying to paint anything in 28mm and now will be focussed pretty much on 15mm instead, a decision I actually made last year when I realised I'd never finish more than half a dozen 28mm figures every six months. I'm planning to pick up my long standing ideas for 15mm modern / post-colonial skirmish games, with a focus on Britain's Small Wars plus an element of imaginations to keep the narrative interesting. I may also squeeze in something else like 15mm Chain of Command but doubt I'll get that Lion Rampant project started, much as I'd really like to do so.

I have enough desert terrain now, give or take a few 15mm buildings, so I am going to focus on winter scenery to go with my rarely used tundra cloth. I also want to make a 2'x2' jungle terrain board to use for 15mm skirmish games and some coastline pieces for 1/2400th scale naval gaming.

That's it...nothing to expansive (or expensive) but enough to keep me interested and gainfully employed at the workbench, assuming I get the time and don't end up drifting off on some 'ooh shiny' tangent.