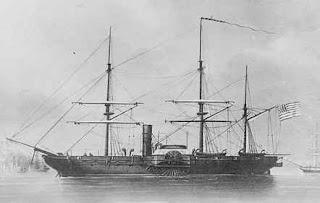 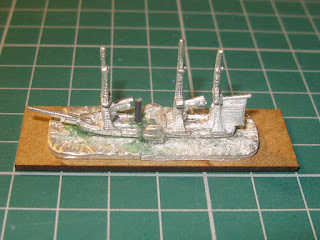 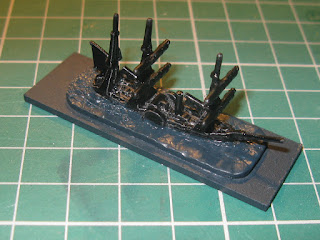 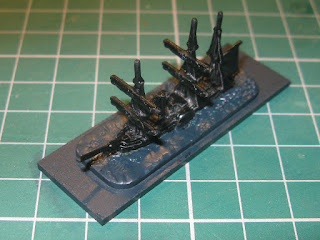 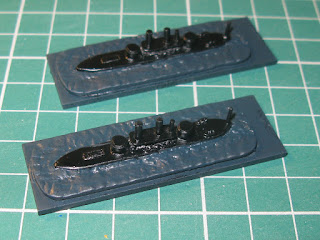 I wanted to have USS Powhatan in the US North Atlantic Squadron but there was no suitable model in the Tumbling Dice range, so I have made a cut and shut conversion instead. This involved the back two thirds of the ASV17 HMS Retribution paddle frigate, mated to the front half of the ASV8 HMS Arrogant small frigate model, with a replacement stack made from a cut down drill bit. It's not quite correct but is a fairly good visual match the real ship, so I'm happy with the overall result, even if it looks a bit rough and ready in an unpainted format. I enjoy doing these conversions and have plans for some more to create an early Russian Baltic force based on some of the French ironclads in the Tumbling Dice range. In the meantime, I've also based and undercoated two more of the Kalamazoo class twin turret monitors, USS Nebraska and USS Massachusetts.
Posted by Jim Jackaman at 07:27