Change of Plan, it's Broadside and Ram! 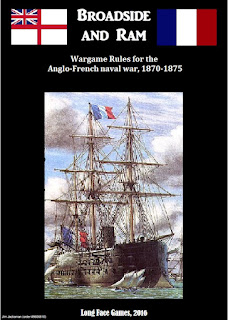 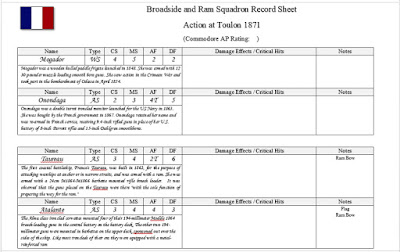 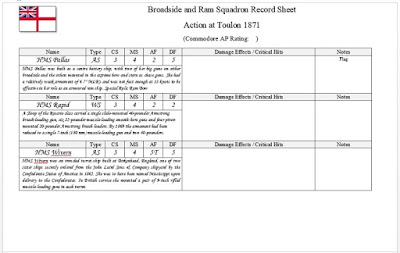 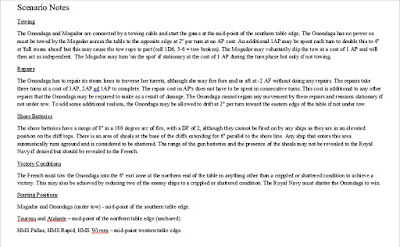 I worked out that to play a couple of scenarios of Fistful of Lead at the club would require shifting a minor house removal worth of terrain boxes, so we'll be doing that at the weekend at home. Instead, we'll be playing another couple of games of Broadside and Ram, with the main scenario being a tweaked version of my INWARD 2020 game - Tow, Tow, Tow the Boat, rather prosaically re-titled Action at Toulon 1871. To give it a bit more leg room, I've added a couple of ironclads for the French defenders including the ram Taureau, as well as an additional ship for the Royal Navy in the shape of HMS Wivern. I'll post an after action report later but in the meantime, here are the scenario sheets and a customised cover for the rules, which I'm sure Mr Manley won't mind?
Posted by Jim Jackaman at 04:46