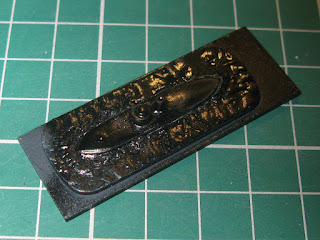 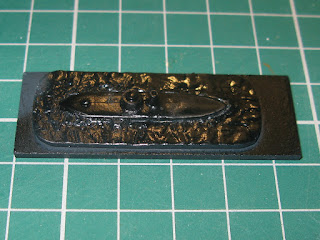 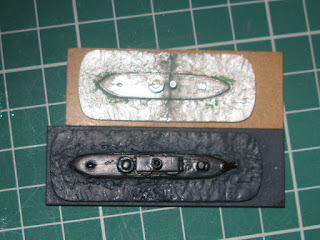 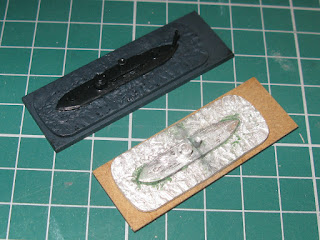 I have had a go at cutting up a Tumbling Dice USS Dictator monitor and gluing it back together, minus its mid section, to create something approximating a Passaic class monitor in 1/2400th scale. I think this has worked out quite well, given that the starting model isn't exactly accurate, and it wasn't too difficult to do. I have another spare USS Dictator to chop up, so will have a go at that over the weekend, with the one I've done taking the role of USS Catskill which served with the North Atlantic Squadron in the 1870's. It's also a spitting image of the Russian Uragan class monitors that served in the Baltic from 1865 onwards, so I could convert some more for use in my 'What If?' games.
Posted by Jim Jackaman at 08:53