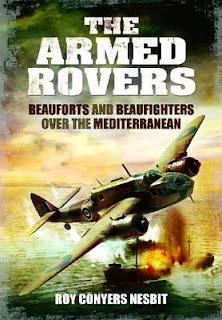 I'm still working on the scenario briefing for the Bag The Hun 2 convoy strike game, which has been set for the end of the month. The first task is to produce the turn cards along with the scenario instruction sheet. I also need to paint up a Ju88A4 for the convoy escort and scratchbuild some 2D templates for the three ships that will be the targets of the attack. To get me going, I'm now reading The Armed Rovers, which isn't directly relevant to the scenario but does include a lot of valuable detail on low level maritime stike missions in the Med, albeit by specialised anti-shipping aircraft.
Posted by Jim Jackaman at 12:50