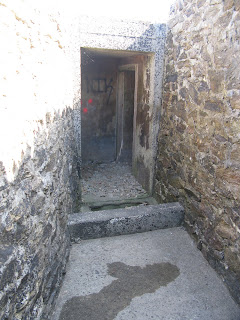 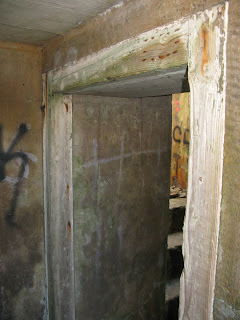 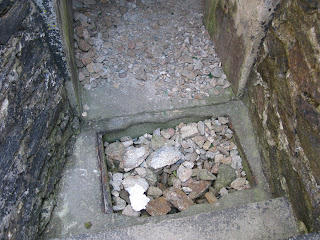 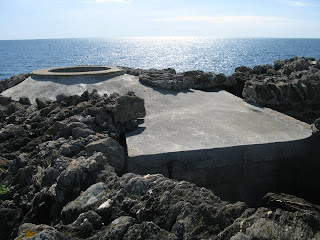 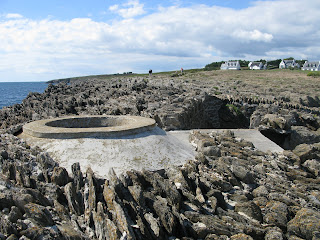 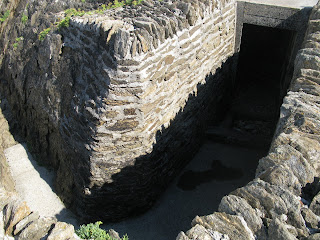 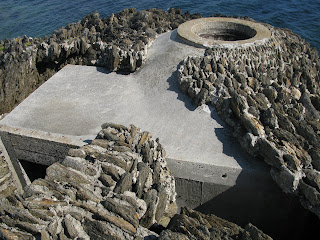 One of the places that we always visit when staying at my in laws is the fishing port of Doélan, which is about fifteen minutes down the road. Until recently it was a very quiet and un-touristic place but, as it was chosen as the film location for the French version of Doc Martin (which I've never watched) a couple of years ago, it's now started to be a bit busier.
Anway, we went there today and I was able to have a second look at the bunker complex on the headland to the western of the harbour entrance. On the map there's a single bunker indicated but in actuality there are at least six that I located. A couple have been covered up and built into the coastal footpath whilst others have been filled in.
However, there is one exceptionallly well preserved Tobruk Stand on the headland itself that has been neatly camouflaged by the addition of a layer of stonework. It also has a dogleg access trench with a concrete pathway leading up to the rear door, where a sump is located to drain off surface water. The wooden doorframe is also very well preserved.
It's a great site and well worth a visit if only for the fantastic view.
Posted by Jim Jackaman at 13:59