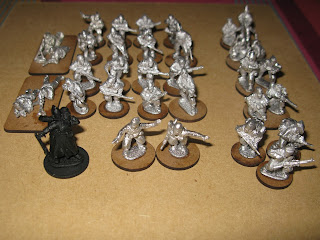 I've now finished the basing for the commando project with a FOO team, a second sub-section and a three man demolition team, ready for painting either at the end of the holidays or at some point over the Autumn. In total the force adds up to about 500 to 600 points in Bolt Action, so a good small starter force. It's ideal for the sort of skirmish gaming that I have in mind for this project, especially as I can spend some time painting them up to a decent standard. 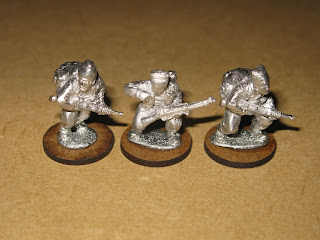 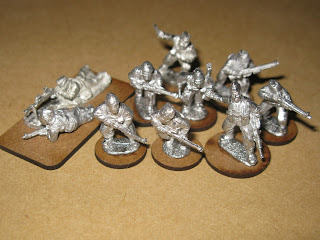 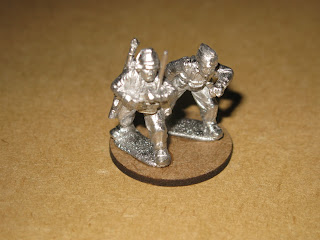 I have a resin LCA landing craft to complete the raiding force but have also been thinking of getting another one or perhaps two of the new Sarissa Precision mdf and card versions, which are half the price of the Grand Manner resin model and look like really nice kits. I could also add a third sub-section of ten commandos to act as an extra support option in Chain of Command but this isn't really necessary if I stick with Bolt Action or the Five Core Skirmish rules. 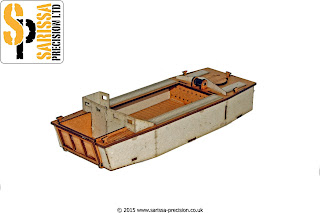 The relatives are arriving today so I'm going to have to juggle that with the next part of the Summer wargaming 'to do' list, which will either be painting up my Japanese platoon for Chain of Command or painting up some of the Peter Pig 1/450th pirate ships for Galleys and Galleons. I need to get cracking on the Japs because there are loads of them but the pirate ships might be a more practical option, given that there will be loads of over-excited kids running about all over the place!
Posted by Jim Jackaman at 02:32