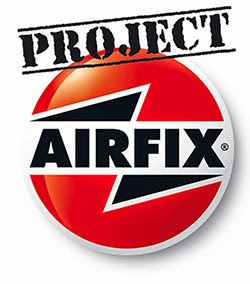 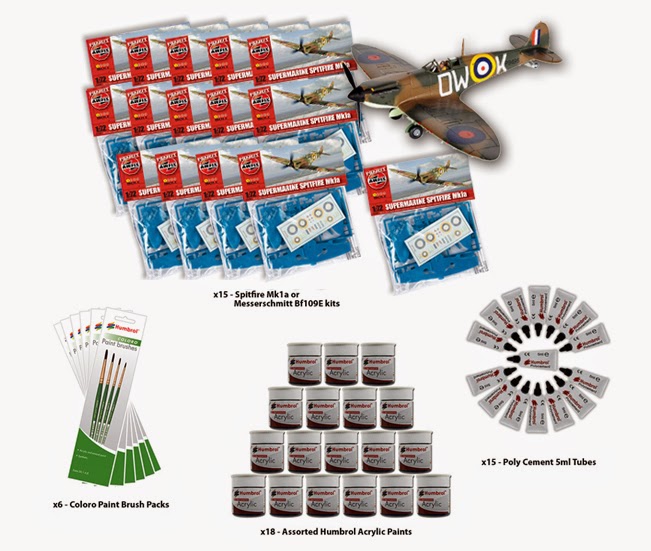 We have an activity week at school in July and I've decided this year to return to model making rather than Warhammer 40K, which has fizzled out over the last couple of years and hasn't had enough uptake to be viable. I used to do a 1/72nd scale tank modelling week, which included a day trip out to the Tank Museum, but that required a lot of organisation above and beyond the call of duty. It was good fun but drove me mad when the kids screwed up really simple things, over and over again!!!! 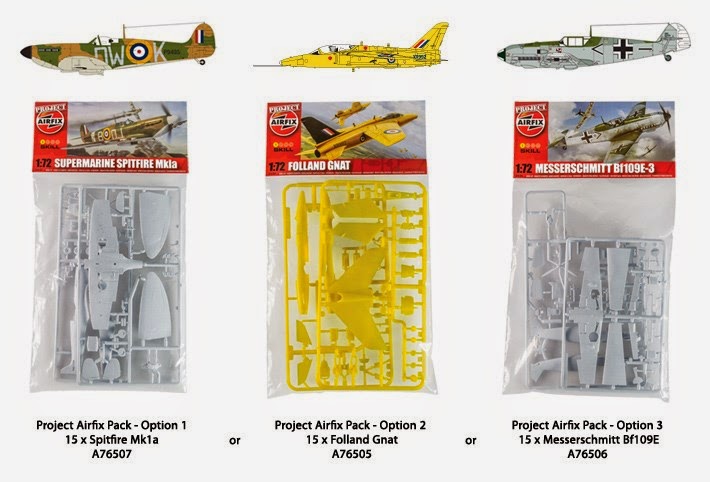 Anyway, this year I've decided to try out the Project Airfix option, with all three kits for the kids to glue together and paint up. I'm surprised there isn't an AFV or ship kit option but aircraft will be fine, as long as they are careful when they assemble and paint them. As they'll have three kits to make they should be able to learn from their mistakes as they go along, so that they have at least one decent model by the end of the week?!
Posted by Jim Jackaman at 01:25