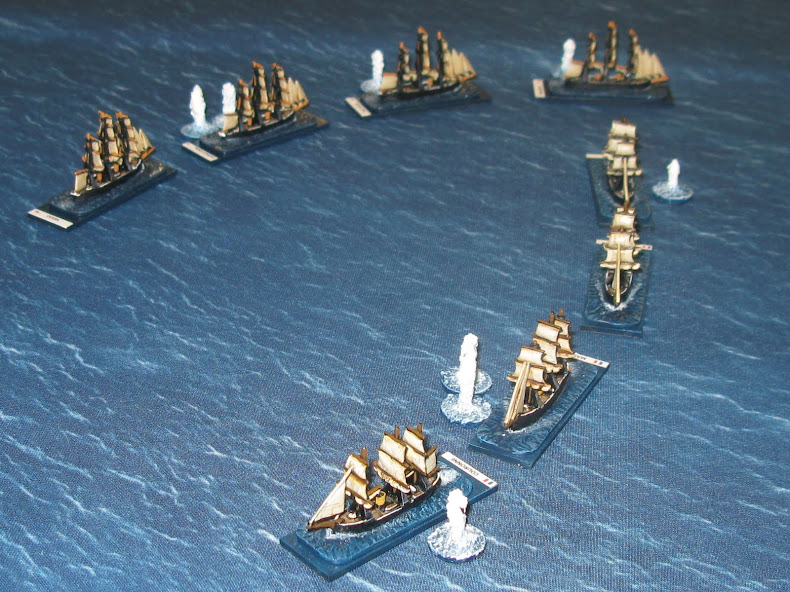 What to do in a meeting when you're really very, very, very bored (from an entirely theoretical perspective, of course) 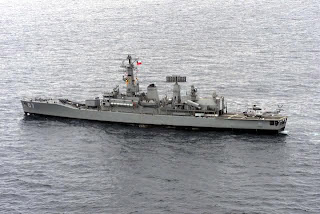 I've just got back from a two hour meeting but I have finished my exam marking, which is a bit of a bonus in an otherwise tedious slog through the pile of work that I have piled on my desk. As a bit of a diversion and to keep myself sane, I've been doodling ideas for a naval set up in a fictional South American setting, using Bulldogs Away! as a basis for some 1970's-1980's modern era coastal warfare.

I've been trying to find a historical basis for modern FAC games for a few years but always ended up with 1973 in the Med, which seems a little predictable and a bit one sided. I've also been planning to do the Alto Cenepa War as a 1/600th scale modern air warfare game using Airwar:C21 as a starting point, although the helicopters have been a sticking point. I have some stuff stockpiled for both projects but have yet to get anything sorted.

Anyway, today I put the two together and came up with an alternative plan, involving a fictitious naval and air conflict between two countries not entirely unlike Peru and Ecuador, although the exact idetity of these two states has yet to be decided. The naval side of the conflict would involve my small but nicely balanced collection of Skytrex and PT Dockyard FAC model, together with some plastic pre-paints and kits.

One of the belligerants, let's call them the 'Ecuadorians', would be equipped with 1960's era British and West European vessels, including some French-built FAC's bashed together from the Skytrex Israeli models and a slightly out of scale Leander class flagship from the old Airfix 1/600th scale kit. The air support would be provided by appropriate models from the Tumbling Dice range, although I've yet to make up my mind between Hunters, Mysteres or Skyhawks?

The other side would be Soviet equipped with Skytrex and PT Dockyard Komar, Shershen and Osa FAC's, together with a rather neat Combrig kit of a Grisha corvette. I also have a Hobbyboss Romeo class submarine to add a bit of submersible capability to the 'Peruvians', for want of a better name. Again, the air power would be supplied by Tumbling Dice and would consist of land based MiG 21's or similar. Both sides would be supported by various Tamiya / Skywave / Hasegawa plastic ancilliary vessels.

I think this could be a lot of fun, in the same vein as AK47 but with a naval twist.
Posted by Jim Jackaman at 15:27