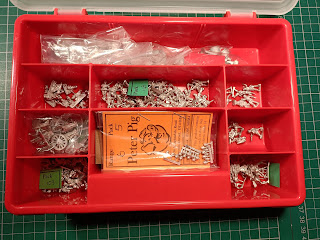 I finally got round to sorting out my Peter Pig figures for the Red Actions project, which is slightly delayed due to the workbench being covered in WW1 plastic aircraft models. These will be bumped along over the weekend, so that the decks are at least partially cleared for the Freikorps.

I realised that I don't quite have all the bits to assemble the Freikorps force for Red Actions, so have ordered a small selection of extras to make up the numbers, primarily another pack of ulhans, some command figures and extra artillery crew, all not very exciting but necessary.

I've also ordered a couple of Daimler lorries from QRF as tows for the field guns, the latter by being Austrian 80mm pieces pinched from my SCW nationalist box. It won't be long before I can start cleaning this lot up and painting them, the kick-off hopefully being after the half-term holidays.

Posted by Jim Jackaman at 18:41 No comments: 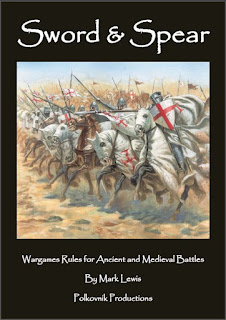 As a bit of a change I've signed up to join a 15mm ancients game of Sword and Spear next week at the club. I can count the number of ancient wargames I've played on the fingers of one hand but I've always fancied having a go, so this is a good opportunity to try out these popular rules. If I enjoy it, I may even think about an army of my own, if I can find an affordable one with a nice range of figures and an easy paint job, or dig out my old Essex Pictish army and re-base it, assuming it be will stretch far enough?

Posted by Jim Jackaman at 09:16 No comments: 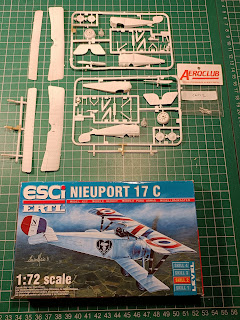 Although progress with the Heller / Airfix Roland CII models has been a bit sluggish this week, I'm now starting on a couple of Esci Nieuport 17 kits for the game in three weeks' time, using the rescheduled date to an advantage. These two will be No1 Squadron RFC machines complete with added top wing Lewis gun mountings, having found a pack of two white metal Aeroclub guns for the purpose. I have one completed Esci RFC Nieuport 17 already but I will soon be able to put up a whole flight of three, if it all goes according to the plan?
Posted by Jim Jackaman at 20:14 No comments:

I've made so many WW1 aircraft that my stash of old Matchbox pilot figures is running a bit low, so I was happy to find these resin figures on eBay, which I'm going to use for my Jasta 18 Fokker DVII and DR1 models when I eventually get round to building them. I've had mixed results with 3D printed and resin figures, so it will be interesting to see what these are like in the flesh, so to speak.
Posted by Jim Jackaman at 11:46 2 comments: 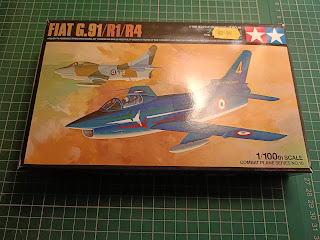 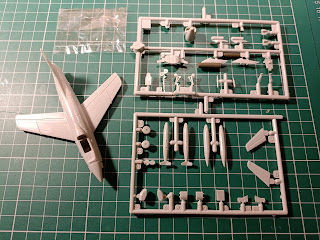 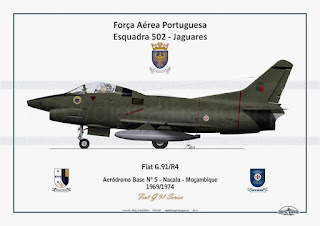 As I set up the latest competition on the AK47 Facebook Group, I thought it was only fair that I actually took part. A rummage in my kit stash turned up a few potential models but I've picked out this Tamiya 1/100th scale Fiat G-91, which is perfect as a ground attack plane.

I'm going to swap the drop tanks for a couple of rocket pods pinched from a diecast helicopter, which just happen to be a perfect fit on the pylons, but otherwise I'll just build it as it is. It's a simple kit but should look good once I've added a suitably interesting camo scheme.

These jet fighter aircraft were used by the Portuguese in Mozambique and Angola, so a very good fit for AK47 and appropriate as an air asset for a colonial settlers army, one of which I have all based up ready for painting at some point this year, although it will need some tweaking to fit.

Posted by Jim Jackaman at 17:55 No comments: 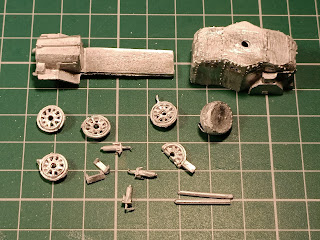 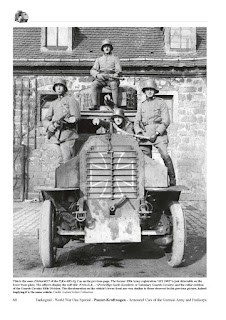 The Red Actions Freikorps project is one step closer to kick off now, as I've just received my order from QRF of a 15mm Erhart armoured car. It's a nice model and one of the better offerings from QRF, whose castings can be a bit hit and miss. I now only need a couple of trucks and I'll be ready to get started for Freikorps February.
Posted by Jim Jackaman at 18:25 No comments: 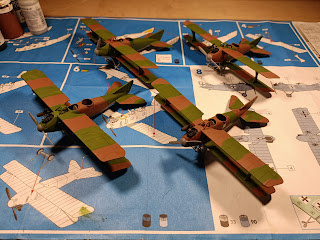 It's been another very busy weekend, so progress on the Roland CII painting has been a bit slow. The camouflage has now been completed and tidied up, so the next job will be to do some detailing in black and white, then paint the windows and props, before adding some washes and highlights. I've had to shift the game along a couple of weeks, however, so that I can get these finished without having to rush them. The aim now is to complete them by half term in a couple of week's time.

Posted by Jim Jackaman at 19:04 No comments: 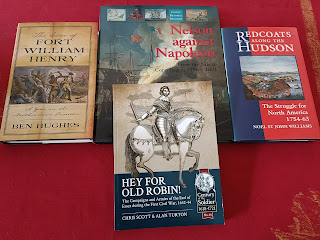 We took the lad back to university in Plymouth yesterday and, on the way, stopped off in Tavistock for a look around the market and charity shops, of which there are quite a few. The result is a very nice selection of second hand but good condition hardback books on subjects which are of interest either as potential projects or just for reading, all for less than fifteen quid. Bargain! 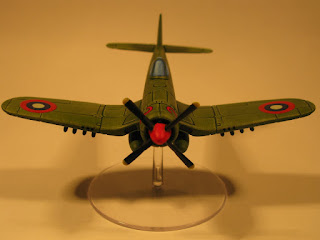 After my last attempt was a bit of a damp squib, I've started a new competition on the AK-47 FB group, this one a fixed wing ground attack aircraft model, photographed 'in action' for the added 'ka-boom' factor. The rules don't allow pre-painted models but you can use model kits, diecasts, 3D printed models and so on.
https://www.facebook.com/groups/387096823305709/permalink/568117105203679/
Posted by Jim Jackaman at 11:44 No comments: 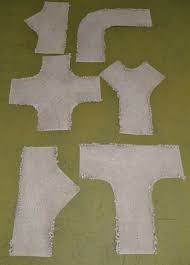 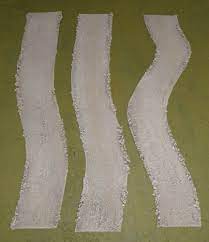 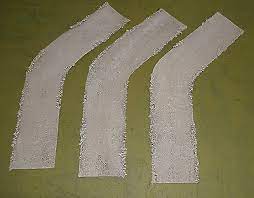 After much prevarication and futile thoughts of 'I could make that myself one day', I got round to acquiring some desert road pieces from Fat Frank, which you see being used a lot for various wargaming purposes. These are homemade from black plastic material coated in glue and sand then dry-brushed in a suitably arid shade of what looks like magnolia emulsion. As such, they are pretty simple but no less effective, plugging an obvious gap in my 28mm scaled desert terrain. I chose the 70mm wide version which works as a single lane track in 28mm and a double lane roadway in 15mm, so pretty handy for skirmish games in both scales. I'm quite pleased with these as long as they don't curl up or fall to bits, but I may do a little bit more painting and decorating with some tufts to blend them with my existing terrain. Now, where did I put that stagecoach.....?