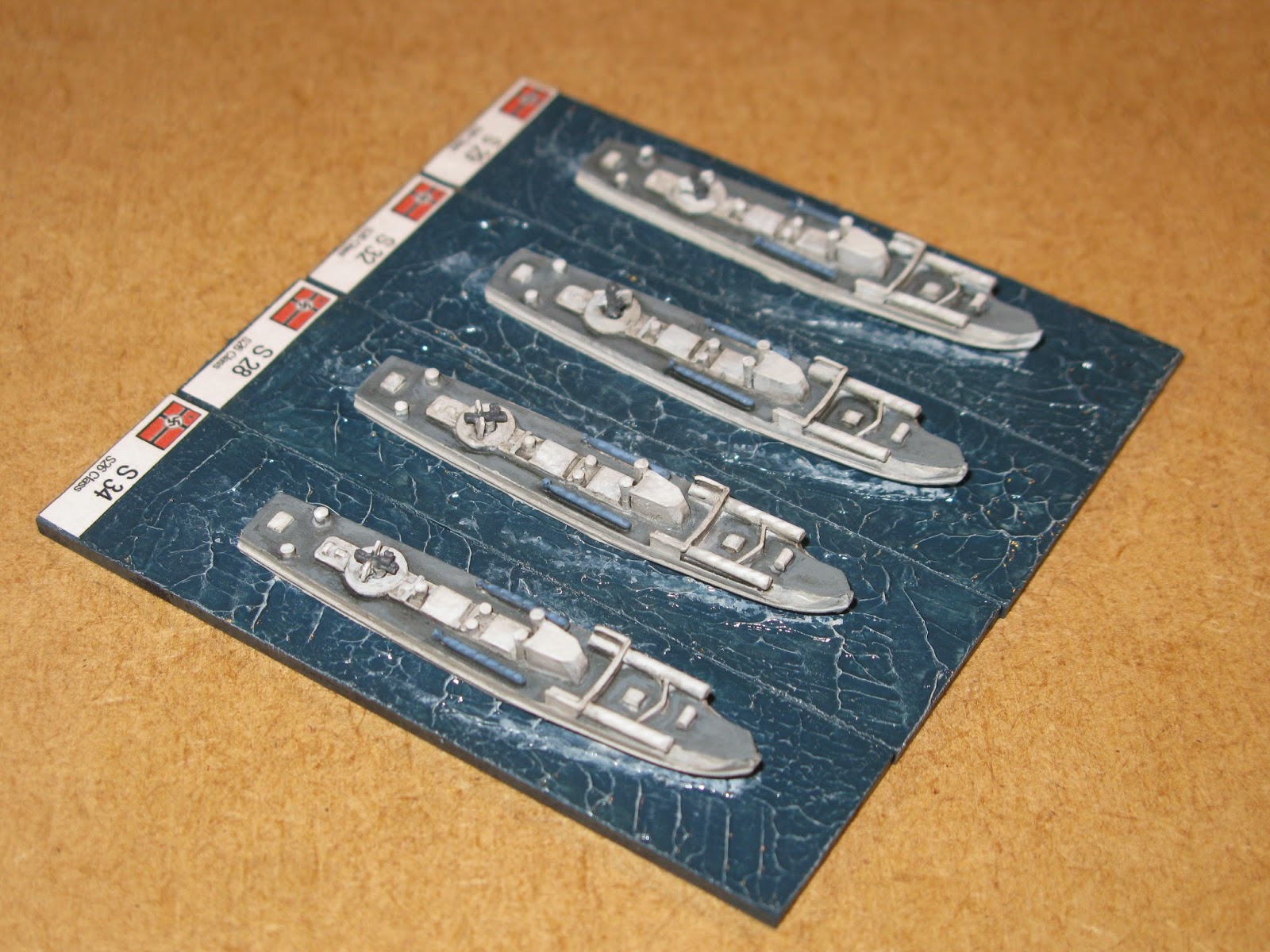 I finished off the S38 class boats this afternoon and have now completed all that I need for a game, apart from torpedo markers, range rulers, starshell markers and other such things. As a result, I'm calling a temporary halt on the coastal warfare project for the moment, so that I can get on with the 28mm WW2 Japanese for Chain of Command*

I have plenty of space in the coastal forces box for additional models and loads of boats ready for painting, so I'll be adding some R Boats, VP boats, trawlers, destroyers and escorts in 2015, once the current work related distractions are out of the way. I've really enjoyed the project thus far and I'm looking forward to a game of Coastal Patrol at the club at some point, if the usual suspects are willing to give it a go?

* the 1/2400th scale Rugen / Jasmund ships might also get squeezed in somewhere, if I have the time?
Posted by Jim Jackaman at 17:58