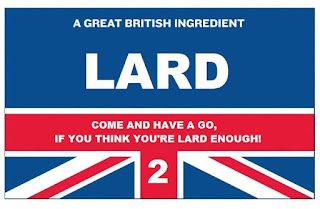 I had an email from Mark 'Peaches' Backhouse yesterday, in which he was kind enough to invite me along to the second 'Come and Have a Go, If you think you're Lard Enough' wargaming day, which he's organising for the 7th March next year at the Sarisbury Green wargaming club. This was great fun last time, so I have asked Mark to save me a table, so that I can run another game of something suitably lard flavoured.

I've already been thinking about this and have come up with some potential ideas. The first is to run a  mid-war Channel Front Bag the Hun game, featuring my as yet unpainted RAF Spitfires, Whirlwinds and Focke Wulf 190's, along the lines of the plan I originally had for this years game. The second option is to do something on the Russian Front or for the Winter War, again in 1/285th scale for Bag the Hun, which would be an excuse for a nice new winter themed hex cloth.

The third option is to do a What a Tanker! historical scenario or set of linked games for the Russian Front, Battle of the Bulge or Roer Triangle. This would make use of all the snow terrain I've assembled and the 1/72nd scale tanks that I've painted up or built earlier this year. I quite like the idea of an Operation Blackcock set of linked scenarios, with British armour facing off against dug in fallschirmjager with SPG's, AT guns and panzerfausts.

It's all a long way off as yet but it's always a good idea to get organised sooner rather than later!
Posted by Jim Jackaman at 03:05

Labels: Bag The Hun, Shows, What a Tanker