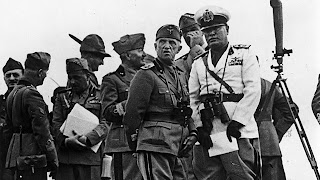 I, General Robusto Gorgonzola, declare the momentous Battle of Mykonos as a decisive victory for the illustrious Italian expeditionary forces under my masterful strategic leadership. The ever valiant troops that I have the honour to command have, once again, snatched glorious strategic withdrawal from the jaws of total tactical defeat. 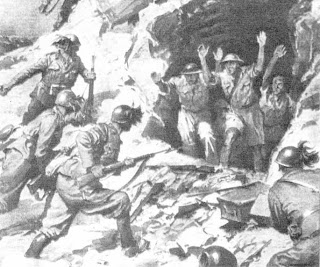 In a dastardly dawn assault on the exhausted Italian defenders of Mykonos, the British bandits achieved a momentary element of surprise which enabled their overwhelming armoured forces to break through the frontline positions of our steadfast infantry. This initial attack was repulsed by the resolute Italian frontline, with severe losses to the over confident yet underwhelming British troops. 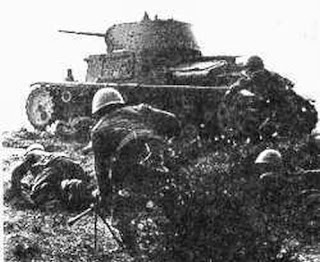 Using a cowardly smokescreen and an indiscriminate artillery bombardment to cover their timid advance, the British received a bloody nose from the resilient defenders, whose own tanks advanced into the maelstrom without fear or hesitation. Despite the loss of several Italian machines, the brave Italian tank crews continued to fight to the last round and to the last breath. 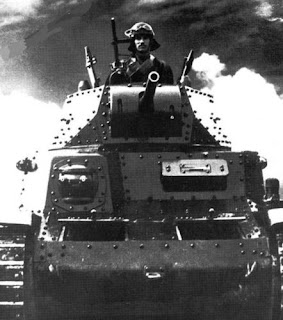 Even under the desperate heavy bombardment of streams of British aircraft, the tenacious Italian heroes held their positions, buying valuable time for our elite engineers to detonate the demolition charges emplaced in advance at the airfield and docks.

In one decisive stroke, the inevitable defeat of the British invaders was assured! With heavy hearts but pre-determined efficiency, the Italian troops slipped away to fight another day, leaving the British trapped in an ever tightening ring of Axis naval steel. 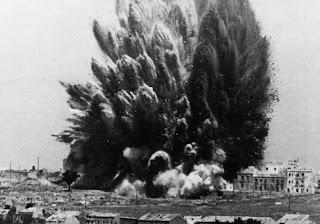