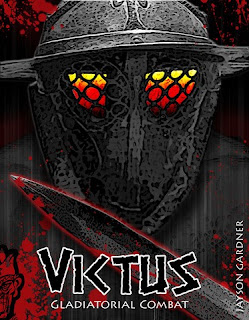 These look like a good alternative to the rather disappointing Warhammer Gladiator rules that I attempted to use for a couple of lacklustre gladiatorial games last year. They use a hex based movement and combat system, which isn't revolutionary but makes things a lot easier to work out. There's a paper hex arena included in the book too. 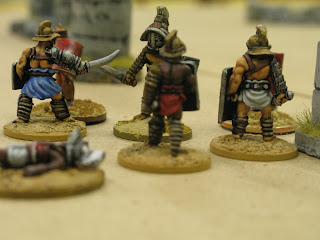 The rules are apparently designed for one off games but can be expanded to a full campaign, which should make them ideal for a quick hack at the club or something more involved. Anyway, I've pre-ordered a set of the rules from Northstar and hope to dust off the 28mm gladiator collection that's been stuck in a box for far too long. A good opportunity to revive a half dead project, with plenty of half painted figures to be finished off as well.
Posted by Jim Jackaman at 11:41