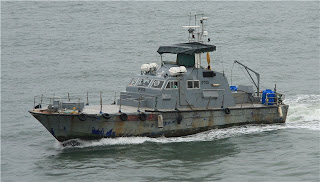 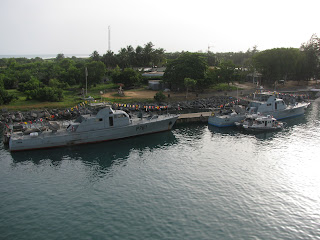 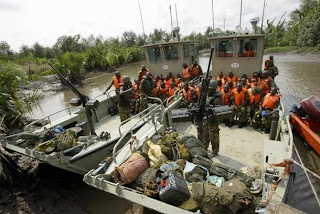 From our correspondent in Mpongo

A large scale amphibious exercise on Lake Bagombo by naval and marine units of the Mbote Defence Force (MDF) has been played down by the Mbotean Government. In a press statement, Colonel Banga B'oum, Minister for Defence, stated that the exercise was a peaceful training operation, designed to improve the ability of the MDF to respond to a potential humanitarian crisis in neighbouring states.