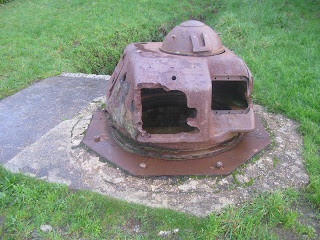 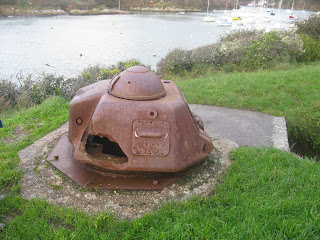 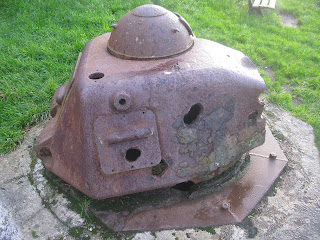 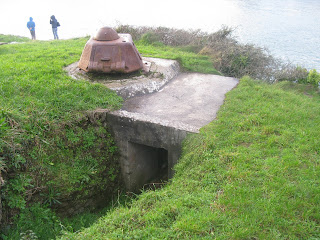 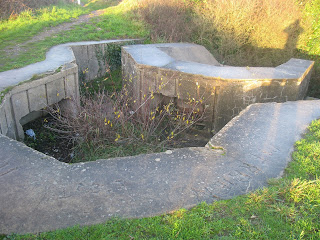 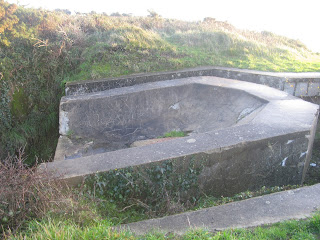 I'd read about a tobruk stand with a turret in situ at a little port not far from the in laws, so decided to track it down yesterday while out for a bit of fresh air with the kids. The turret looks like it's from a Renault R35 tank although it's pretty smashed up, missing it's gun mounting and having been used for target practise at some point judging by the holes punched in the side. It's quite impressive nonetheless and quite rare as well.
On the headland along from the turret bunker I also found a concrete gun position for a light weapon of some sort, probably a single or multiple barrelled Flak gun. There was also a very unusual bunker poistioned directly behind the gun with a strange sloping U shaped roof feature. I can only think that it was some sort of roof mounted searchlight position, even though the stovepipe from the bunker underneath pokes through it. Either that or it just saved on concrete?
Very strange.
Posted by Jim Jackaman at 11:40