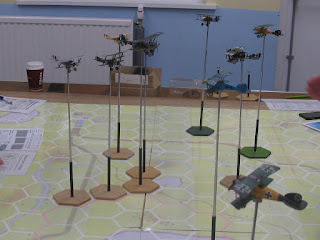 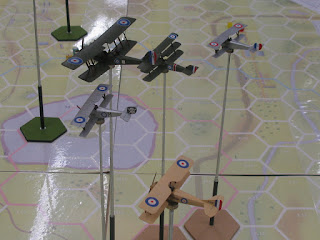 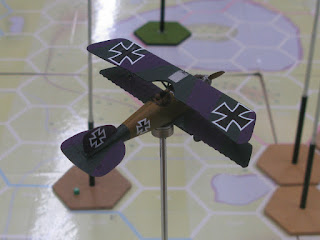 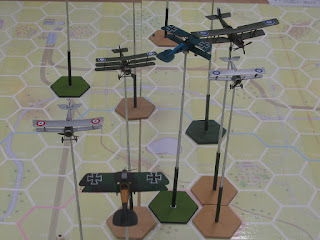 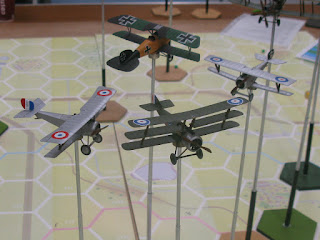 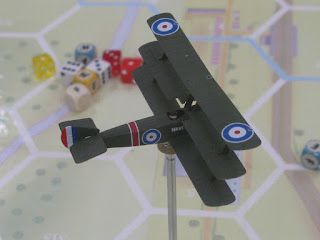 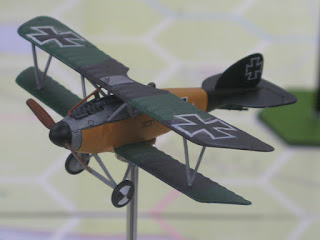 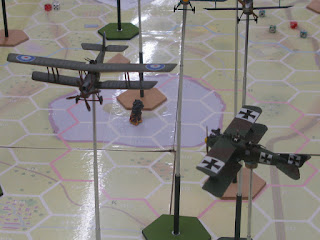 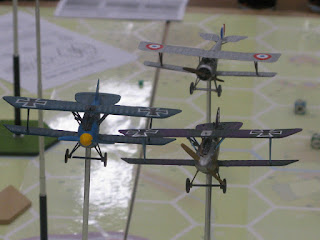 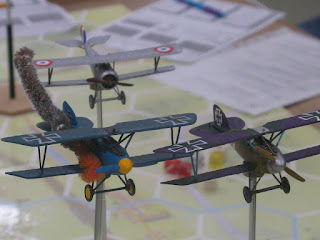 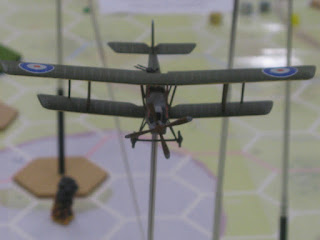 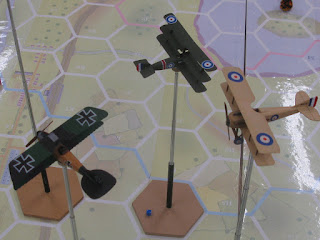 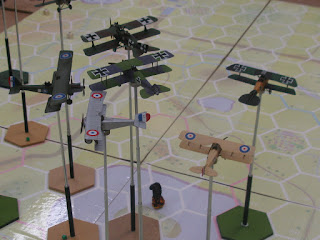 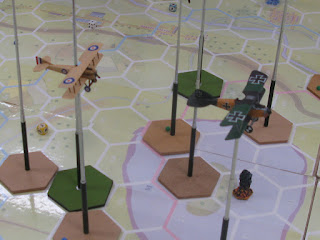 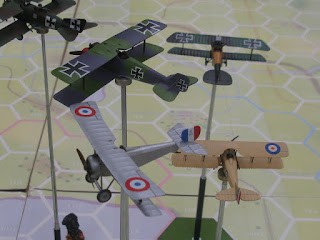 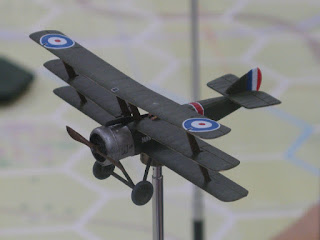 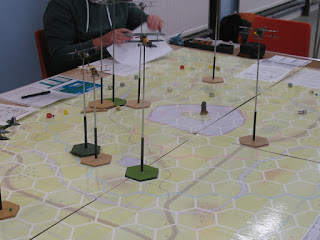 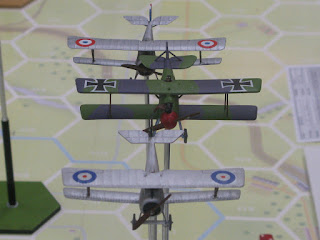 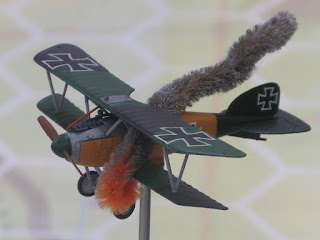 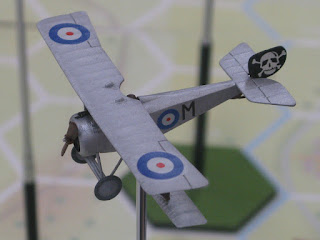 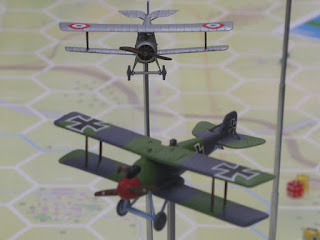 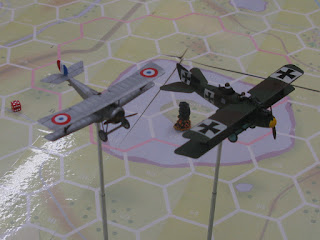 We had a very enjoyable game of Knights of the Sky at the club last night, with twelve players spilt into two groups of six, half RFC, RNAS and Aviation Militaire and half German Imperial Air Service. At the start of the game the Allies weren't confident about their chances, faced by the combined firepower of five Alabtros DIII's and a Roland CII, but by the end of the game, they were the victors having shot down five of the Hun for the loss of only three aircraft. There were the usual funny moments and we all had a great time, which means another game will be on the cards before Xmas, assuming I get my act together and build some more biplanes. Tally Ho!
Posted by Jim Jackaman at 10:41