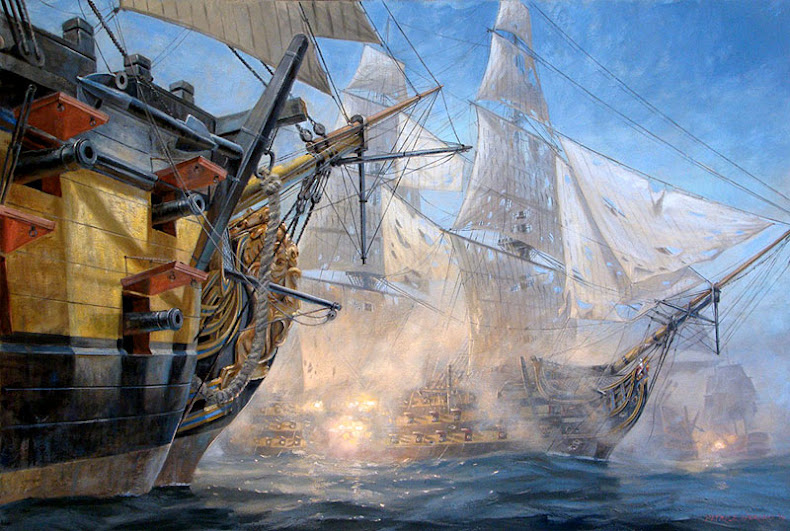 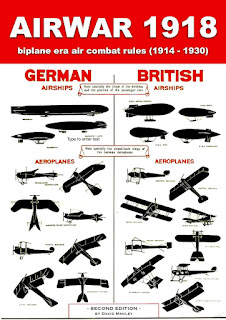 I spotted the second edition of AirWar:1918 this evening as I was browsing through Wargame Vault, as you do, so my pocket money this week will be blown on yet another set of air wargaming rules. I actually have a copy of the original first edition that I've never got round to playing, so it will be interesting to see what changes have been made to the rules, although I suspect the core of it will be pretty much the same. The new edition does have a campaign system though, which is a big plus for me.

I like the fact that it doesn't require a hex mat for starters and is a fast play system, with logical mechanisms for movement and combat that would work for solo gaming with a bit of a wiggle. As a change from 1/72nd or 1/144th scale aircraft, I'm thinking of using it for 1/600th scale on something like a 3' x 3' area, which means I could pack a lot into a relatively small space and still have a good dogfight, artillery spotting or balloon busting game that would be very portable too!