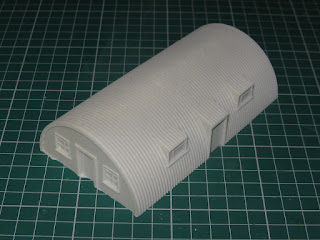 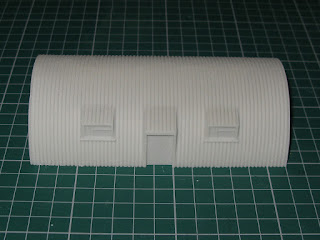 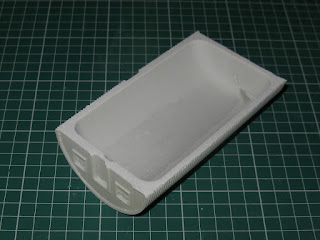 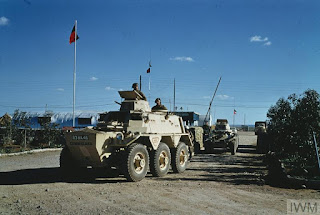 I put an order in with The Scene a while back and it arrived today, which was a nice surprise as I had forgotten about it. I ordered a selection of 15mm oil drums, ammo boxes and other bits to use for the Sandbox Skirmish project, either for scatter terrain or for adding to the patrol base that I constructed for the British infantry platoon. I also ordered a resin Nissen hut that looked suitable as an additional building for the British base.

This is a really lovely crisp and sturdy model, well cast with no air bubbles or deformations. I'm seriously impressed and may well take up the offer of three for twenty quid, as it is a bit of a bargain for such a versatile and ubiquitous structure. It would give me a proper army camp for the rebels to assault and I could use them for AK47 too. A definite *****  rating for price, quality and usefulness.

https://thesceneuk.com/product-category/buildings/15mm-nissen-huts/
Posted by Jim Jackaman at 21:28