The time has come to look back over the last twelve months to see what I've managed to shift from the top of the lead pile. It's not been a bad year wargames wise but I have continued to move along at a snails pace, largely due to my on-going aversion to painting anything and my other commitments, although working part time has helped a bit. In retrospect a lot of my output has been only partially completed but this seems to be one of those inevitable things that I just can't seem to get away from, however hard I stick at it and despite my best intentions! 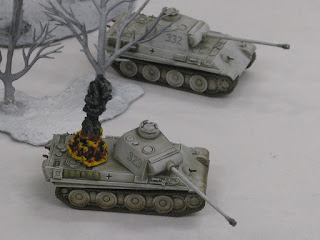 As far as actual wargaming is concerned, my old New Year resolution to play more games at the club has fallen flat on it's face but I have played a quite a few games at home. I did run a couple of games of Bag the Hun and WW1 Knights of the Sky at the club, together with a What a Tanker! introduction game which went down well with the regulars. I've also joined in with a Cruel Seas game, a Napoleonic fleet action and the recent Narvik re-play, but that's about it for club activity this year. At home, I've devised and played several Victorian ironclad scenarios for Broadside and Ram, which I've really enjoyed and will introduce at the club in 2020. 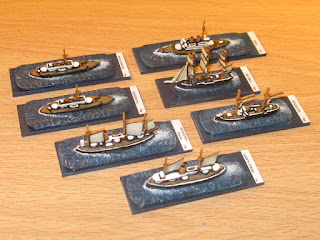 In terms of painting, I've finished some 1/72nd scale Soviet tanks for What a Tanker!, finally painted nearly all of the 1/2400th scale Tumbling Dice French and British ironclads, built and painted a Junkers J1 for Knights of the Sky, and shifted some other stuff a little further forward on the painting production line. I didn't complete the S-Boats or MTB's for Cruel Seas, the 1864 ironclads or the British AFV's for the 15mm Sandbox Skirmish project, but they have had some attention when I've been able to squeeze them in. I did manage to re-base all of my 1/3000th scale WW2 French fleet, however, which has breathed some new life into an old project for 2020. 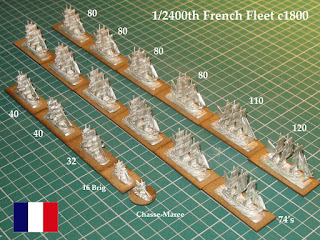 On the production line front, I've assembled and based a 1/2400th scale French Napoleonic fleet and have glued together a load of late war British, German and American tanks for What a Tanker!, even though they are now sitting in a box waiting to be painted. I've also scratch built a whole set of pretty effective Mediterranean themed modular coastal terrain for 1/2400th scale wargaming and a load of winter terrain pieces for What a Tanker!, although there's more to do on both accounts before I'm finished. I enjoy scratch building terrain and buildings but haven't made as much this year as I have in the past so that's something else to consider for the year ahead. 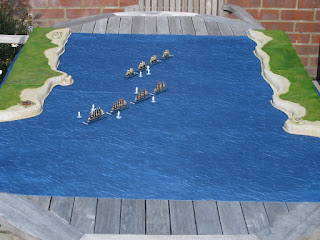 The things that fell by the wayside include the Congo project, which just didn't get off the ground for various reasons, the aforementioned Cruel Seas boats, the Fokker Dr1's for Knights of the Sky and the Sandbox Skirmish project, which has just got stuck in a bit of a rut after a pretty productive start. I'll carry on with most of these in dribs and drabs but the Congo project will probably be shoved back in it's box, as 2020 is destined for more naval wargaming rather than 28mm  things. In fact, I'm thinking of selling off most of my 28mm lead and plastic pile, as it's just soaking up shelf space and will probably never see a lick of paint! 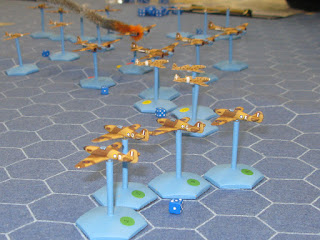 The wargaming highlight of the year, apart from my Victorian ironclad solo project, was probably the Come and Have a Go, if you think you're Lard Enough? event in March, during which I ran a couple of back to back Bag the Hun games. I really enjoyed this very well organised and friendly day out, with both of my games being well received by the players, so much so that I'm running another Bag the Hun game next year too, although it still needs some more preparation work with nearly thirty 1/285th scale aircraft to paint in the next ten weeks or so!

Overall, I've had a low key but enjoyable year of wargaming, with a fair output of new things to play with and some old favourites revisited. I'm looking forward to 2020, as I have already got at least three projects on the workbench that have time limited deadlines to be met otherwise I'll be in a bit of trouble before I've even started! I'll set out my plans for the next twelve months soon, but as previously mentioned the overall theme will definitely have a nautical flavour once again, as I've found this to be a most rewarding and productive approach over the previous couple of years. I just hope I get more games under my belt than I have done in 2019?
Posted by Jim Jackaman at 06:11