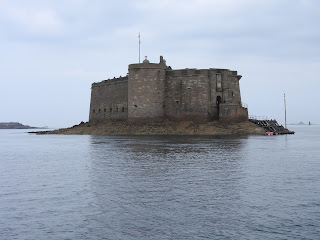 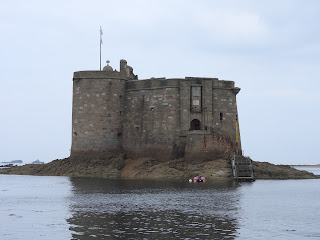 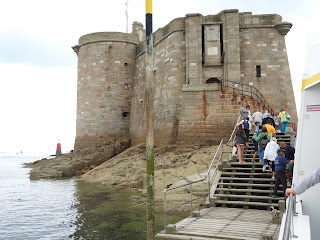 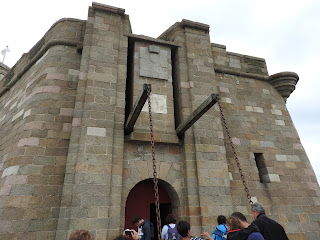 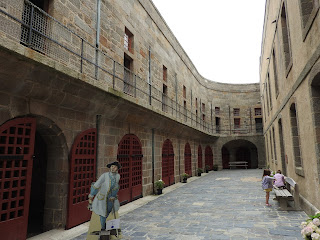 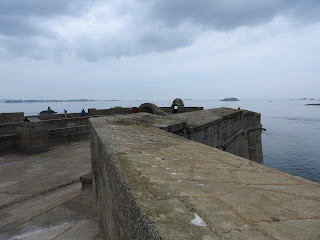 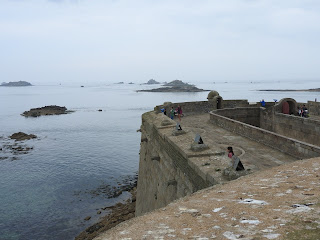 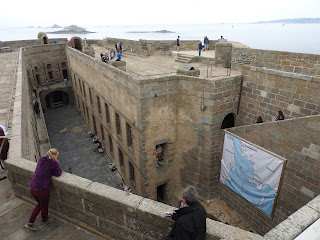 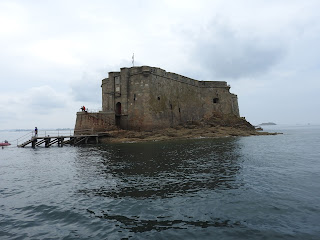 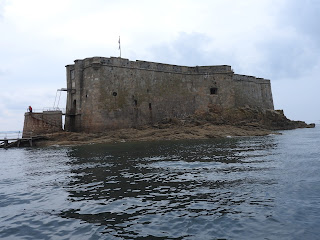 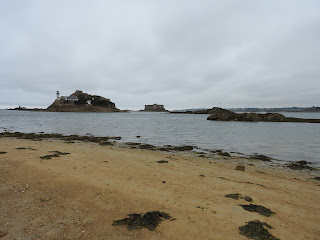 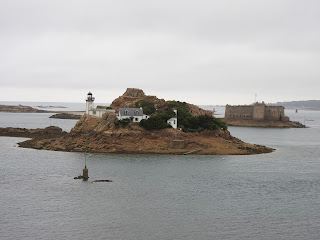 We visited this fantastic coastal fort in the estuary approaches to Morlaix on our camping trip last week. I've always wanted to see this particular fort, so jumped at the chance to take the boat from Roscoff for a tour there and back again. The fort itself was designed by Vauban but constructed after his death, with a few cost cutting changes to the plans which made it less than effective. The lower case mates for the cannon filled with gun smoke, for example, which meant that the gunners couldn't see anything for at least half an hour after firing.

The fort was upgraded several times over the following three hundred years including the installation of Gribeauval mounted cannon on the upper level in the revolutionary period, followed by quick firing Hotchkiss anti-torpedo boat guns in the 1890's and even 20mm anti-aircraft flak cannons by the Germans in WW2. All of these developments were clearly explained in the various display boards  and the visitors guide, which isn't always the case in my experience of visiting sites like this in France. It was very similar to the English Heritage approach, which made it a very informative visit.

It's well worth a trip if you are in the area.
Posted by Jim Jackaman at 02:02