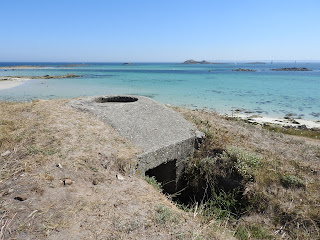 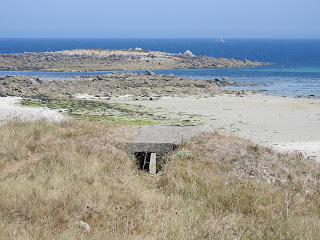 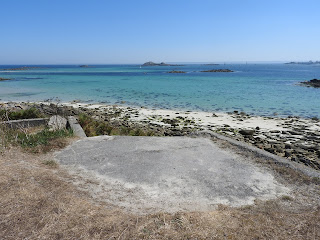 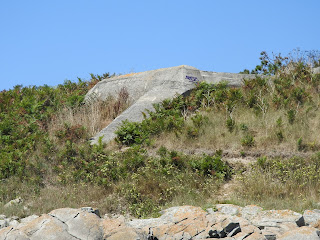 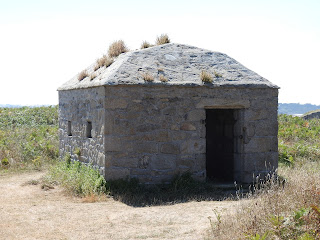 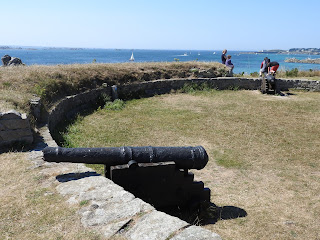 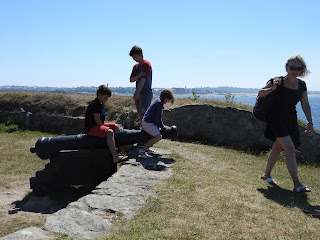 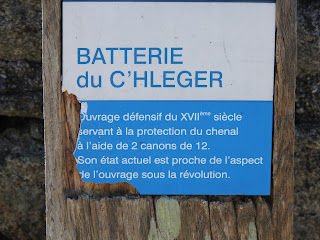 A few photos from our camping week which included a day trip to the Ile de Batz, just off shore from Roscoff. The first few are a small bunker complex on the SE corner of the island, over looking the approaches to the old port of Roscoff. The water was a fantastic shade of aquamarine as you can see. The second lot are of a small two gun redoubt on the adjacent point, which was originally constructed in the 1600's to control the anchorage and harbour approaches. They had a bit of a pirate problem at the time, so the battery was a useful deterrent and was subsequently used throughout the Revolutionary and Napoleonic Wars. A nice day out!
Posted by Jim Jackaman at 12:44