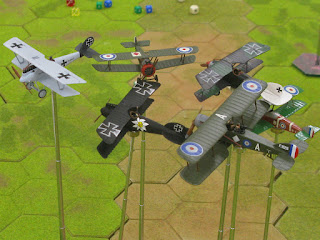 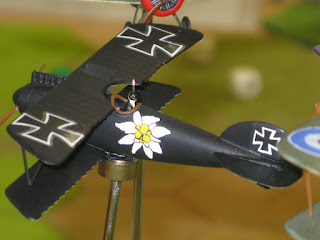 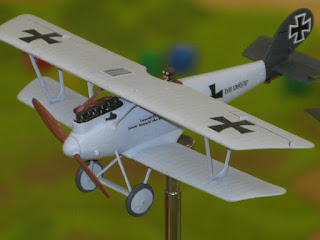 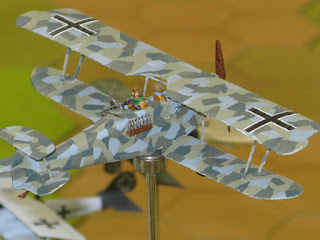 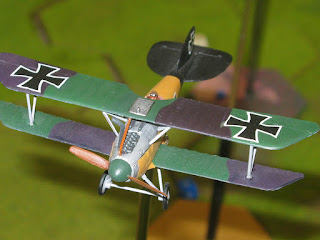 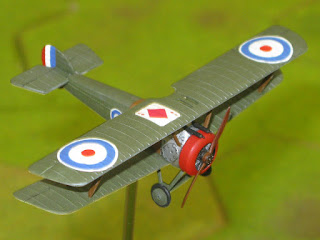 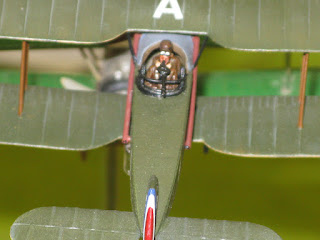 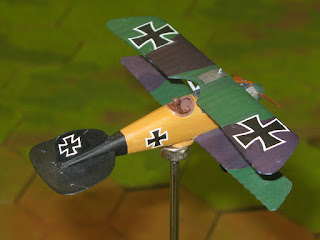 We had another enjoyable game of Knights of the Sky at the club last night, although the dreaded lurgy meant that numbers were down to only seven players rather than the usual ten or so. I got shot down twice with serious structural failure, also known as having your tailplane shot away and your wings fall off. The Pfalz DIII lived down to its reputation but the Albatros DIII did slightly better, actually shooting at something before it plunged earthwards. In the end the RFC wiped the floor with the Hun, scoring five victories for the loss of two aircraft, so it wasn't just me who came off worse for wear. This is my last club game of the year so it was good to go out with a bit of a bang, even if that was caused by my crate impacting somewhere in No Man's Land.
Posted by Jim Jackaman at 02:26