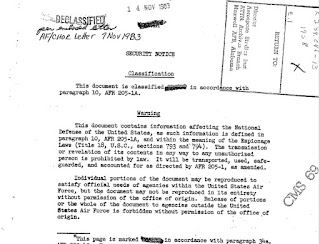 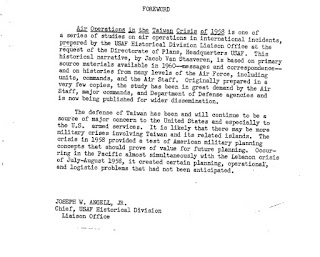 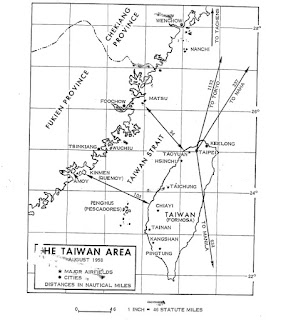 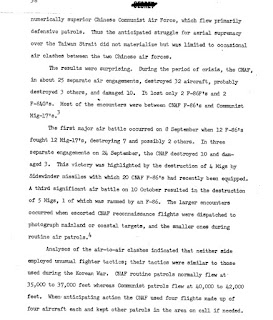 I found this de-classified US Government report on the Taiwan Straits Crisis of 1958 the other day. It has a section on the air warfare aspect of the crisis which is really interesting and includes some very useful details on the tactics and relative strengths of the Taiwanese and Communist Chinese forces. This was the first time the Sidewinder missile was used in combat and it gave the CNAF F-86F Sabres a massive advantage over the PLAAF MiG-17's. All useful stuff for Flashpoint: Taiwan, even if it's an earlier aspect of the conflict than the one I'm really covering.
Posted by Jim Jackaman at 02:58