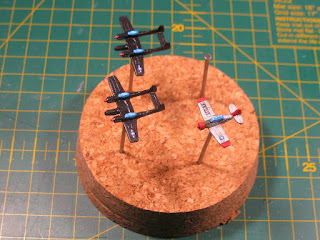 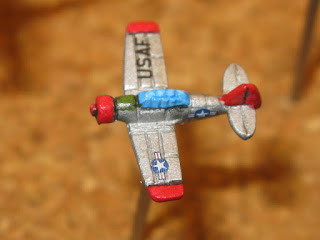 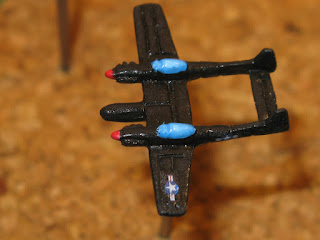 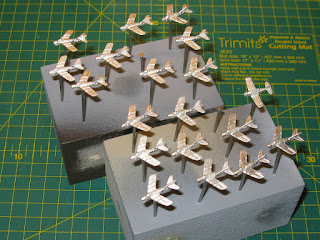 I have started adding the Dom's Decals insignia to the 1/600th scale USAF aircraft, with a tentative trio of a couple of F-84 Twin Mustang night fighters and a lone T-6 Texan FAC. This was about all I managed to do before I began to freeze solid in the garage, so the Sabres, Thunderjets and Shooting Stars will have to wait a bit longer. The photos make it look like I'm a really sloppy painter, which isn't too far from the truth, but the splashes and over painting really can't be seen from even a short distance away (honest!). I also sorted out the MiG-15's and a second Texan FAC aircraft, as I need two of those to operate as a loose pair in MiG Alley. I'm off out to a Xmas concert now so no more decaling in an arctic garage tonight!
Posted by Jim Jackaman at 11:39