What a Tanker Club Game 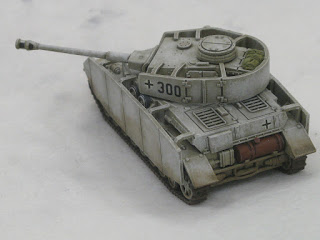 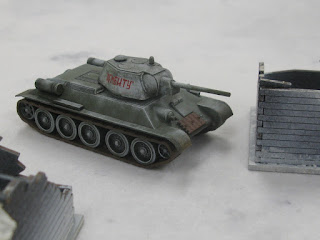 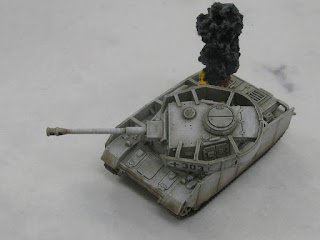 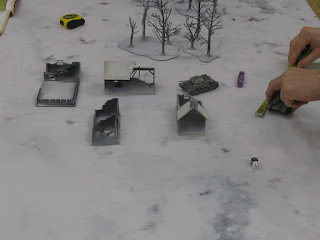 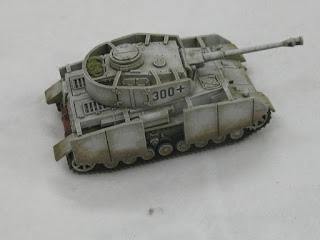 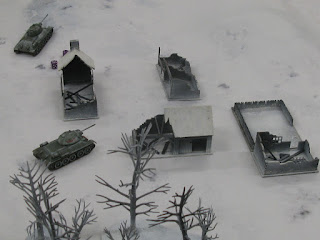 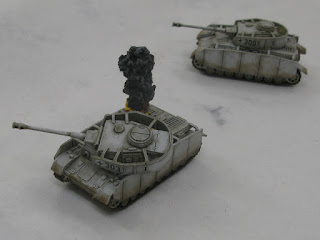 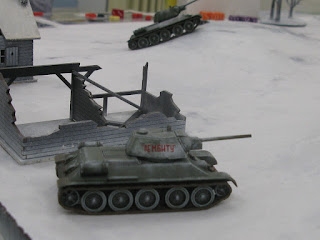 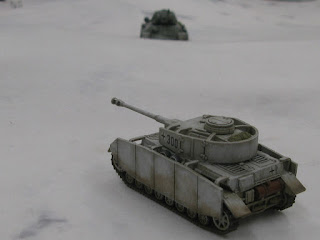 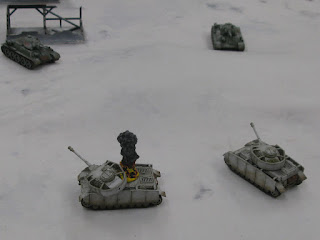 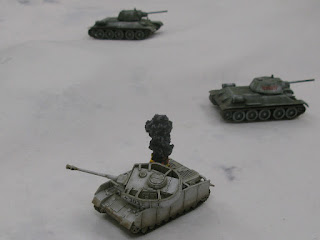 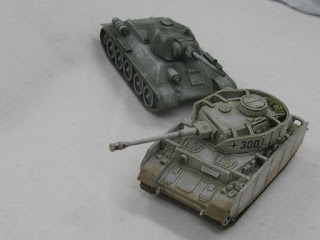 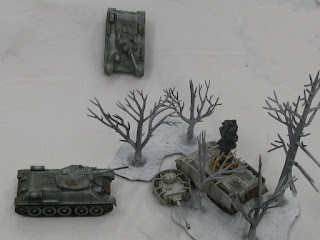 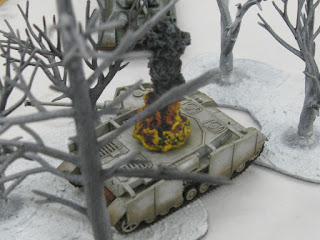 We had a very enjoyable game of What a Tanker at the club last night, even though there were only three of us and I umpired rather than taking an active role. A quick run through of the rules and we were off to a flying start, which came to an abrupt end for the sprog when his Mark IV got a nasty shot in the flank and brewed up. Ouch!

In the follow on game, he managed to hold on a lot longer and inflicted some nasty permanent damage on both of the T34's but ended up with both his Mark IV's outflanked then blown to bits. It was a good game and he picked up the rules in no time, despite getting a bloody nose and a lesson in tank tactics. He took it firmly on the chin and will be back for more, so a win all round.

It made me think about the need for several players to keep the game rolling and a solid objective driven scenario to underpin the game, rather than a basic 'shoot 'em up' approach, which tends to result in a 'last man standing' situation. In the end, the much vaunted KV2 failed to make an appearance but I'll definitely be running another game at the club later in the year.
Posted by Jim Jackaman at 13:27

Labels: What a Tanker