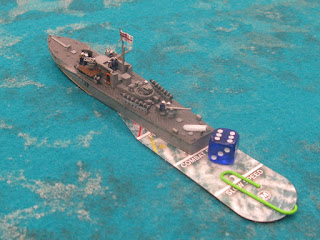 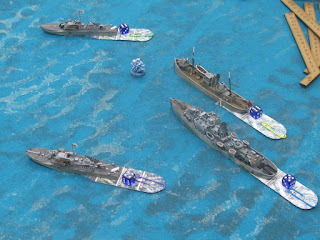 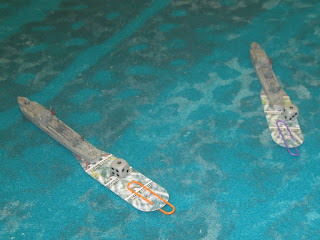 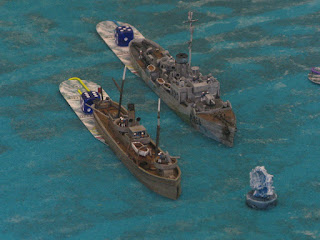 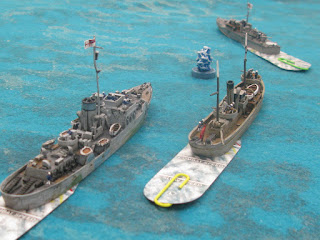 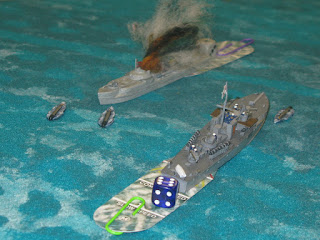 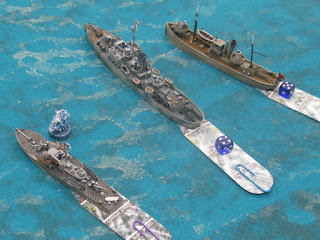 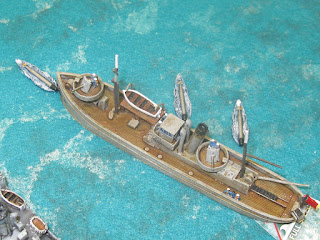 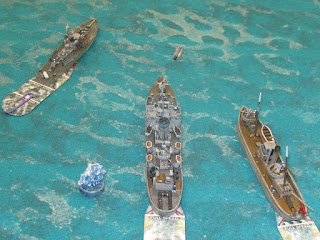 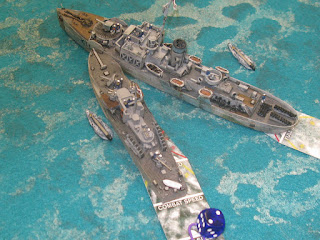 I had a very enjoyable game of Cruel Seas at the club the other night, in which the Royal Navy intercepted and destroyed a German coastal patrol somewhere in the English Channel, albeit for the loss of all but one for their own ships. I managed to sink two E-Boats with my MTB and Flower Class corvette, with some help from the other half of the Royal Navy flotilla, but ended up ramming my two craft together as I attempted to dodge a torpedo salvo. In the end, both of my models ended up sinking, leaving only a trawler to pick up the survivors. It was jolly good fun and I'll definitely be painting up my own models for another game, when I can find the time.
Posted by Jim Jackaman at 08:45