Through the Sand and the Blood 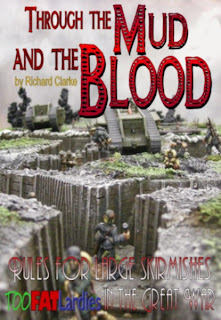 I've been thinking about which set of rules to use with the 28mm Artizan Arabs that I ordered the other day out of the blue. After some deliberation, I've narrowed in down to Through the Mud and Blood by the Toofatlardies. This was influenced by the fact that I already have the rules, like the TFL approach to things and have also found a scenario in one of the recent Summer Special specifically designed for just this sort of thing.