Bagged by the Sprog 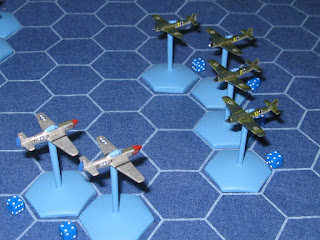 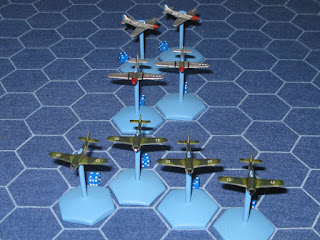 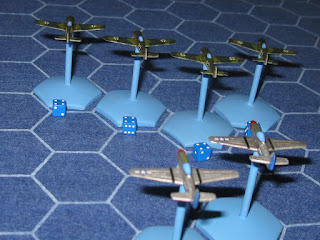 The sprog and I finished off the game of Bag the Hun that we started a couple of days ago this afternoon. This was based on the Bandits scenario from the rules which features a dogfight between two evenly matched sections of fighters, with the sprog taking four FW190-A8's for the Germans and myself four P-51D Mustangs for the Americans. The Americans had a Junior Ace but the Germans had an altitude and up sun advantage to start with. 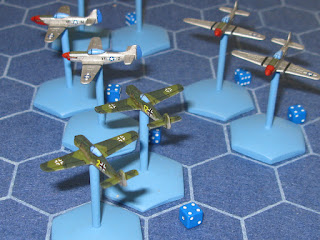 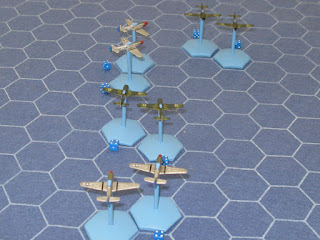 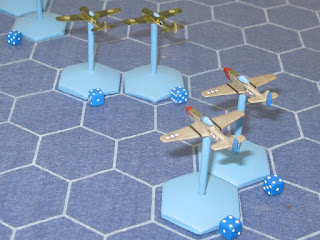 The game began with some frenetic twisting and turning, followed by some close range firing by both sides to little effect, although one of the FW-190's did take some minor damage by the end of Turn One from a Critical Hit. In Turn Two, the dogfight continued with both sides getting on the tail of the other at various points and making ineffective attacks. This looked like a repeat of the last game but it was all about to change. 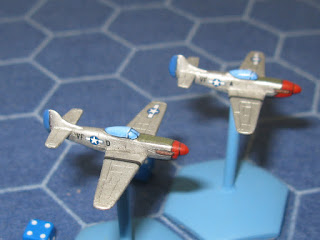 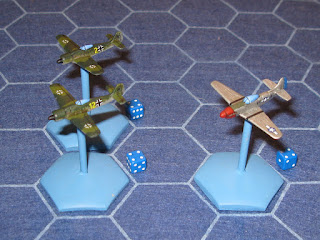 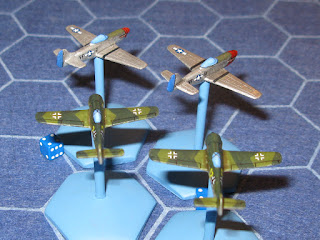 And so it did. In Turn Three the American flight leader once again made the same mistake and attempted an ill-advised Immelmann, leaving his sprog wingman to fail his manoeuvre test and fly off the table. I can't believe I tried doing this twice. What an idiot! Anyway, this left the Americans down to three aircraft, one of which had by now received some nasty wing and aileron damage and was looking a little bit like a flying sieve. 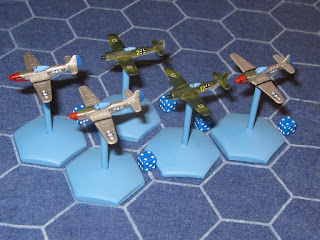 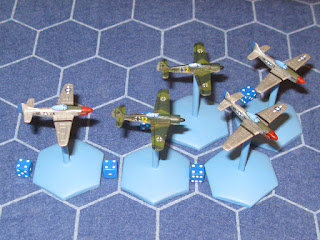 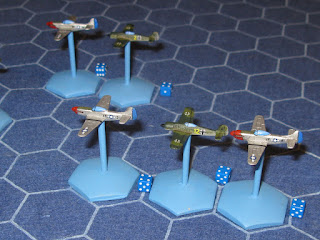 The Yanks decided they were up a waterway without propulsion, so headed back across the front line in Turn Five, hotly pursued by the Luftwaffe. They managed to box in the flight leader but he wiggled out of the trap and put his foot down in Turn Six to zoom away, ready to fight another day and to answer some awkward questions from his CO. I think the Luftwaffe won the game (again) although it was strictly speaking a draw. 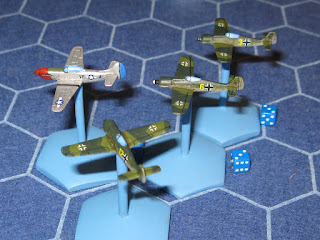 It is the sprog's birthday today too so, to celebrate the occasion, he was declared the winner and awarded the Iron Cross first class. I'm sure there will be a few victory rolls over the Luftwaffe fighter base and a slap up sauerkraut and schnitzel dinner for the victorious Schwarm Leader of II/JG4. We meanwhile are off down the local pub for a burgers and chips birthday tea!