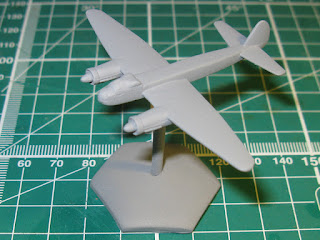 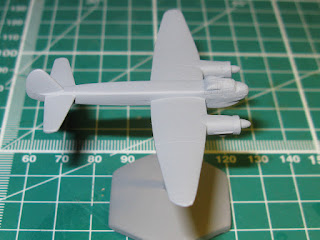 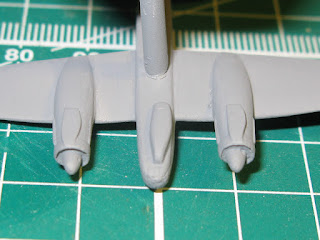 I got side lined yesterday by the Bag the Hun game and by other less interesting things to do, so only managed one addition to the III/JG2 project, which isn't even directly relevant. This is a Ju88-D1 reconnaissance aircraft, converted from a Museum Miniatures Ju88-A4 medium bomber.

I had to do the actual conversion after I had finished basing and mounting the model, as a bit of last minute research revealed that the bomb racks and dive brakes should have been removed, requiring some careful cutting, filing and sanding of the wing under surfaces to remove the offending bits.

I could add some long range drop tanks instead but I don't think I need to. This model will be used in scenarios as a target for Westland Whirlwind interception, the so-called Pigstick operations of 1941-42, or as something for III/JG2 to escort and protect. It will also get a +2 to the front Fire Factor thanks to an extra MGFF 20mm cannon!

That should give the RAF a nasty surprise!
Posted by Jim Jackaman at 12:16