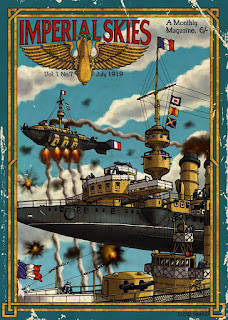 I had a quick flick through of the Imperial Skies rulebook at the Brigade Models stand today and thought it looked really flash. At £22 a shot, however, I was reluctant to splash the cash, especially as I have a perfectly good set of rules for VSF aerial wargaming in Aeronef. I have played a lot of Aeronef in the past, although not recently or for quite awhile, and have fully operational fleets for the Portuguese, Japanese and Bolsheviks, with an entire French fleet waiting to be assembled and painted one day. 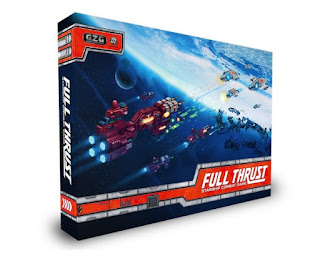 I'd love to dig them out for some games but have yet to find the impetus to pick up where I left off, after a Scramble for Africa club campaign I organised came to an end. Perhaps this new variation on an old theme might be the stimulus I'm looking for? On the other hand, I also picked up a free copy of the new edition of Full Thrust Light from the nice people at GZG, which is something I could get into again without any further persuasion. Now, I wonder where I stashed that Federal Stats Europa fleet in the lead pile?
Posted by Jim Jackaman at 13:34